I Fall Down - He Picks Me Up 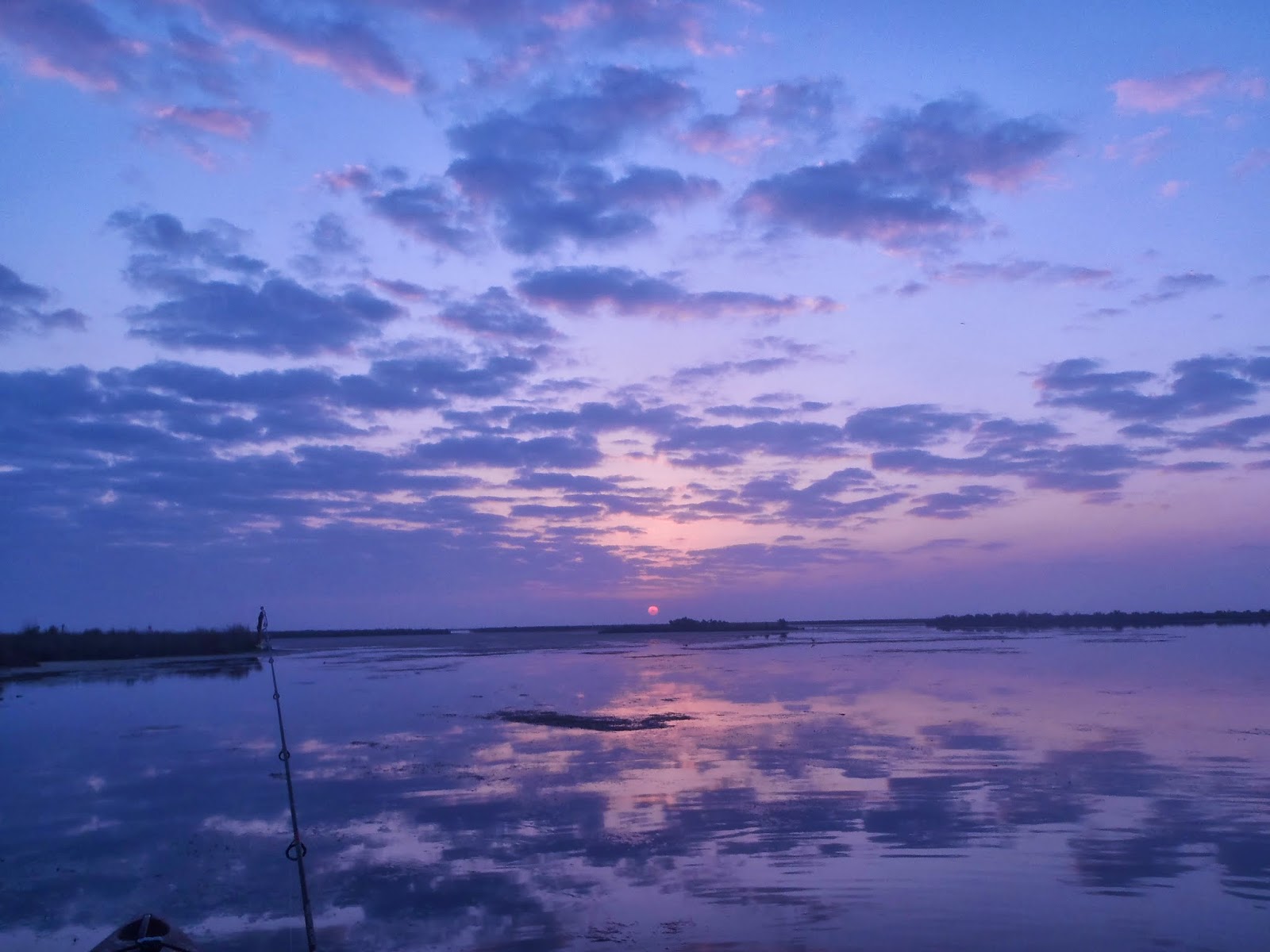 Saturday was the Redfish Rumble fishing tournament it is one of my favorites with a new twist - a bass (In fact it was a new location and the new fish).  Moved to the East of the Mississippi River centered around Delacroix - this was the opportunity to catch redfish and bass in the same location.  I was skeptical at first but now I'm a convert to the idea.

Whenever possible I like to scout a new location before a tournament.  Our fist trip out was a complete bust.  We ended up catching trout - not the targeted species.  The second trip turned into a pretty good day but the bite was late.  Still we felt we had found a new location to fish - Reggio, La. 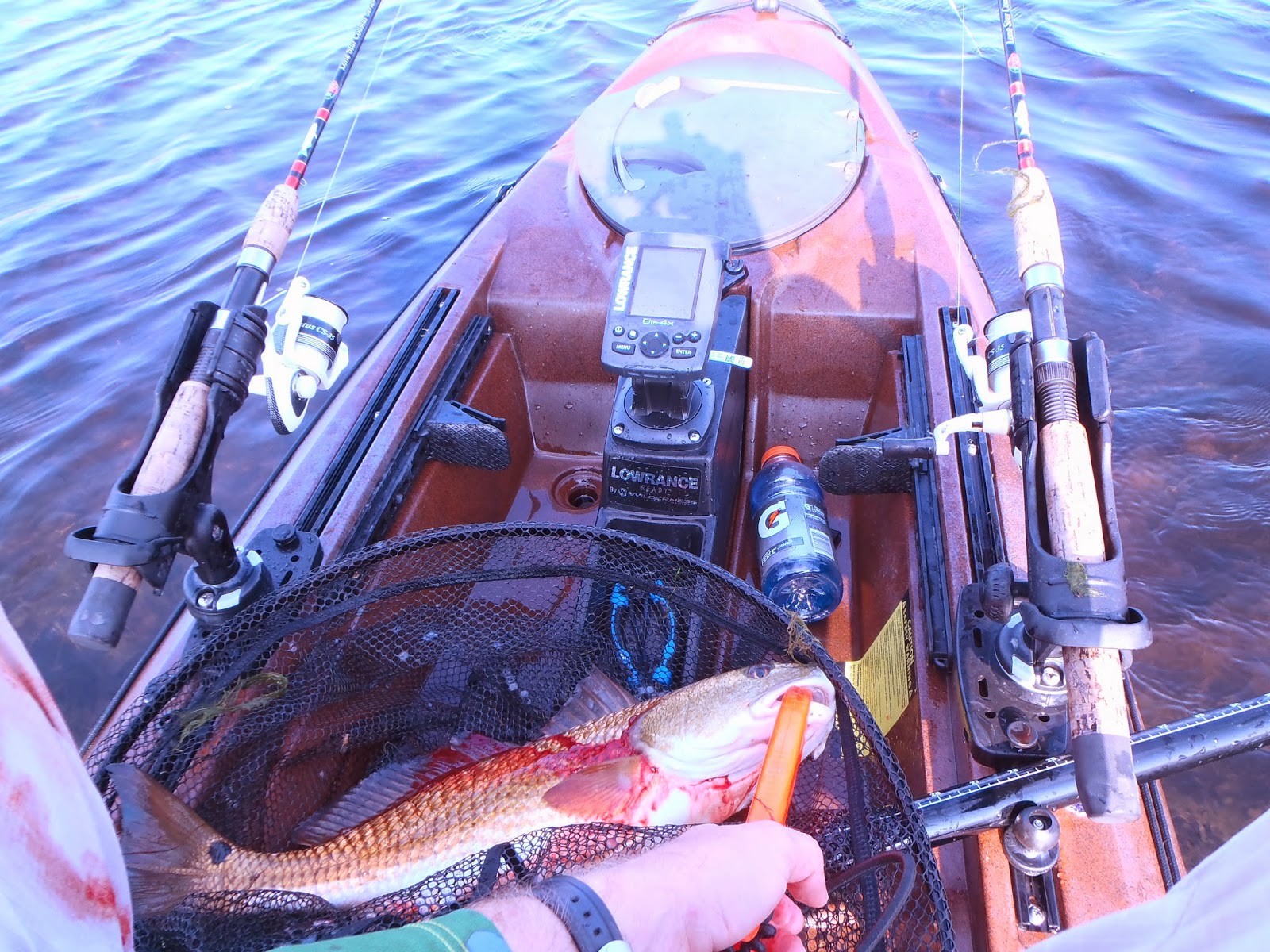 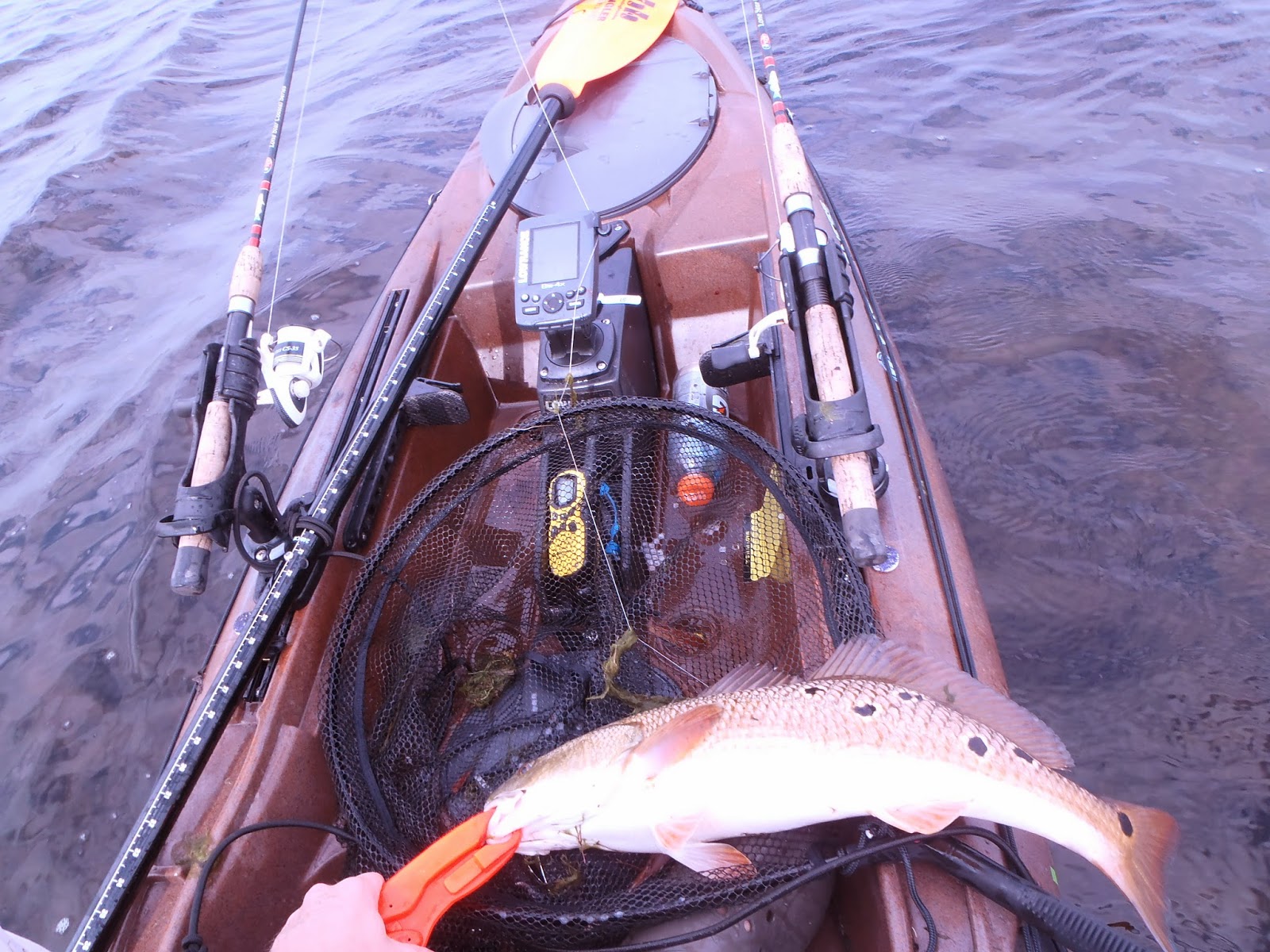 We stopped on the way home and picked up $50 dollars of lures a Puglias (a local bait shop in Metairie, La.).  We were excited and more than ready to fish later in the week.  I felt so good about the trip I cancelled my Friday scouting trip to rest and do the "honey do list".  After that I had an incredibly fun time re-rigging my poles, tying on baits, and prepping for the tournament. 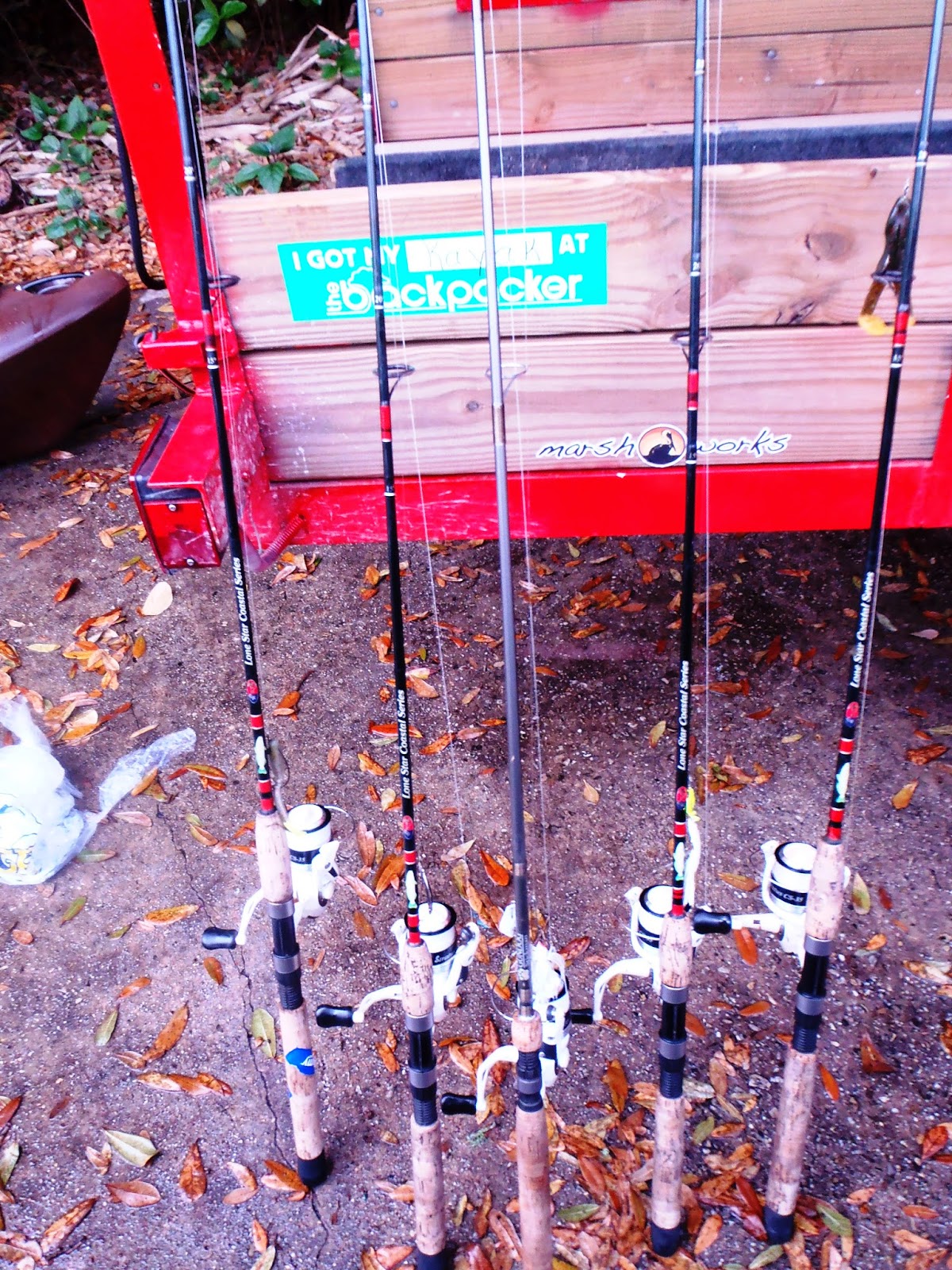 The day of the tournament we felt confident.  So leaving the house at 4am we began to discuss our trip and felt that we had a pretty good plan.  With a 2 hour drive ahead we beat up the plan anyway (it survived the experience).  We were eager to get on the water and made good time all the way.  Upon arrival we saw 4 anglers leaving the launch and clearly about 7 more were in the water already.

We stopped to pray and then we took off.  Paddling off into the dark we were troubled to see two anglers heading right towards our fishing grounds.  Particularly mine.

The fishing buddy and I had planned to split up.  He was going back to a location full of bass and a few reds.  I was heading to some ponds full of reds.  The lights of the other kayakers seemed to be heading right to my spot.  Argghhh!

But they continued onward so I was safe.  So I thought.

By this time the light was up and I could hear the tell tale splashing of some reds. Twisting around to look at one, the unexpected happened.  Me, and every bit of my considerable amount of gear went into the water.  It was cold.  Fortunately it was just deep enough to maneuver but it was also deep enough to have a ton of what we fishermen call "Snot Grass" because it sticks to everything.

It was a frantic scramble to get all the gear collected and as I raised my milk crate with its three 7'6" poles it looked something like a "ghost ship" rising out of the depths of the ocean in a scary movie.

I was cold, I was miserable, I was disheartened.  I was going to spend the next 30 minutes getting grass out of my gear and I was cold.  The sun wasn't coming out and the wind was blowing enough to cause me to eventually begin to shiver.

8 years I've fished from a kayak - I've never fallen out.  I've stepped one leg out into mud but remained in the boat.  I jumped out to grab a rod.  And I've been rolled out by three foot surf; but this time I had broken the cardinal rule, "Pay attention to where you turn your head".  Looking backward is a dangerous thing and I had paid the price.

I had on all the right clothing for being soaked but it wasn't working out too well. Fortunately I keep a rain suit in the kayak at all times.  So I was able to strip down and get out of the wet clothes.

Prayers were spoken.  Complaints were lifted to heaven.   I tried desperately to reset the day.  Finally I picked up a tailing redfish 25.5 inches - a nice fish pushing 6lbs.


But over the course of the first 5 hours of fishing this would be all I had to show. A soaked set of clothing, grass still all over my gear, and one fish stocky fish.

I always feel conflicted when people say after winning, "I give God all the glory". I wonder, "Did God not like the other team?"  Well I tell you what; without God I would have tanked.  I was demoralized.  After the soaking I paddled into two lengthy dead end canals filled with snot grass.  Imagine paddling on wet carpet.  I could not find my former fishing ponds.  It was time for spiritual help and God was my source of consolation.  I give Him all the glory.  Not because He defeated my opponents but simply because He was there when I needed Him.

Next I needed people; so I called the fishing buddy and shortly I was back with him.  He had a few fish in the boat but he was ready for a relocation.  We in essence switched tactics and my day changed quickly.  I jokingly call him my magic bullet because often when I'm having a rough day I just get near him and things start to go right.

Shortly after reconnecting I landed a huge 26 7/8 inch redfish.  Maybe the biggest slot red I'd ever caught I decided not to weigh it but I'm guessing 8lbs (biggest on record for me is a 7.9 lber caught in a tournament).  Over the course of the next 2 hours I figured out a pattern and put together a total of 5 reds and a bass - the exact stringer I needed and a pretty strong one. 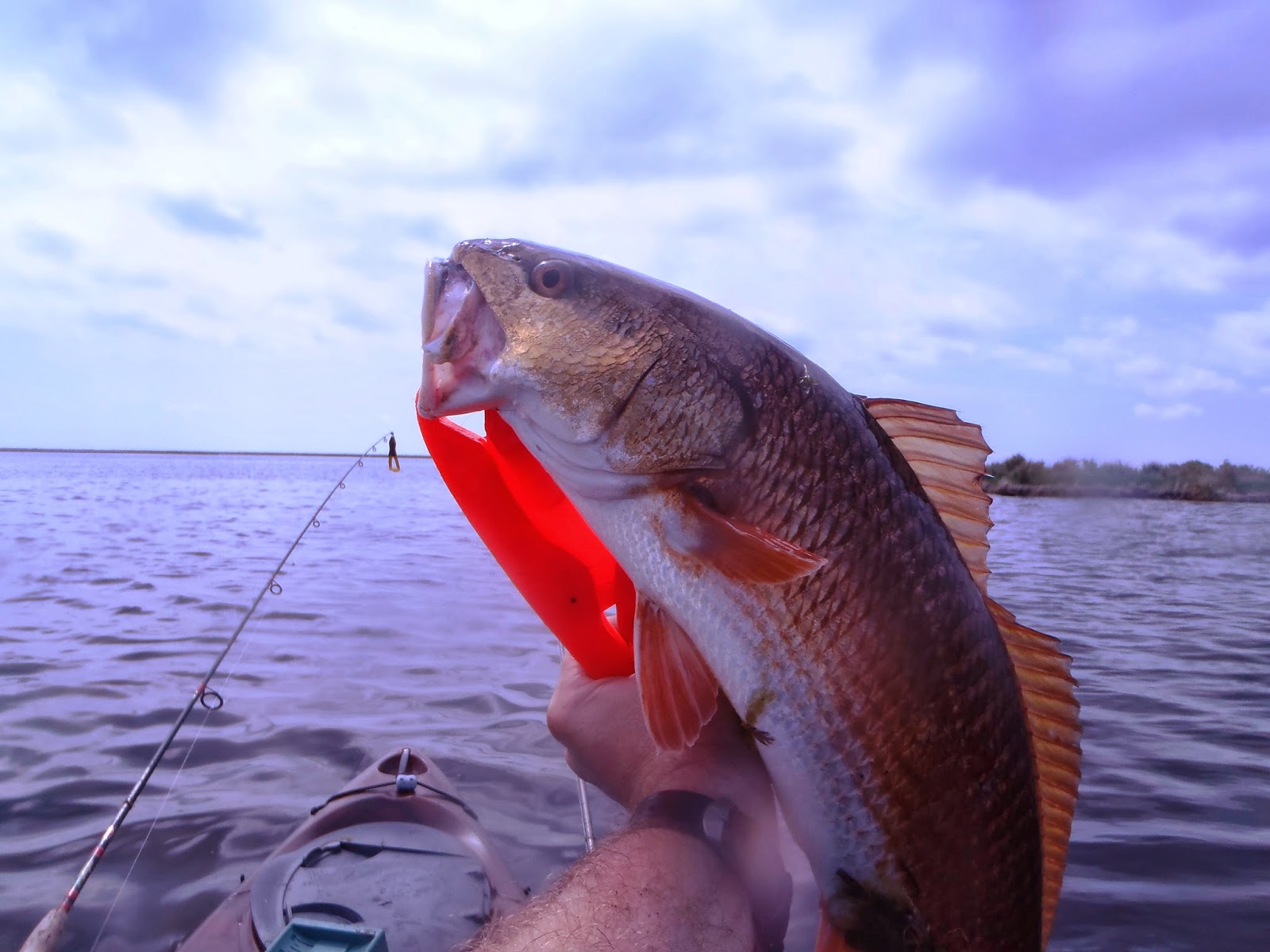 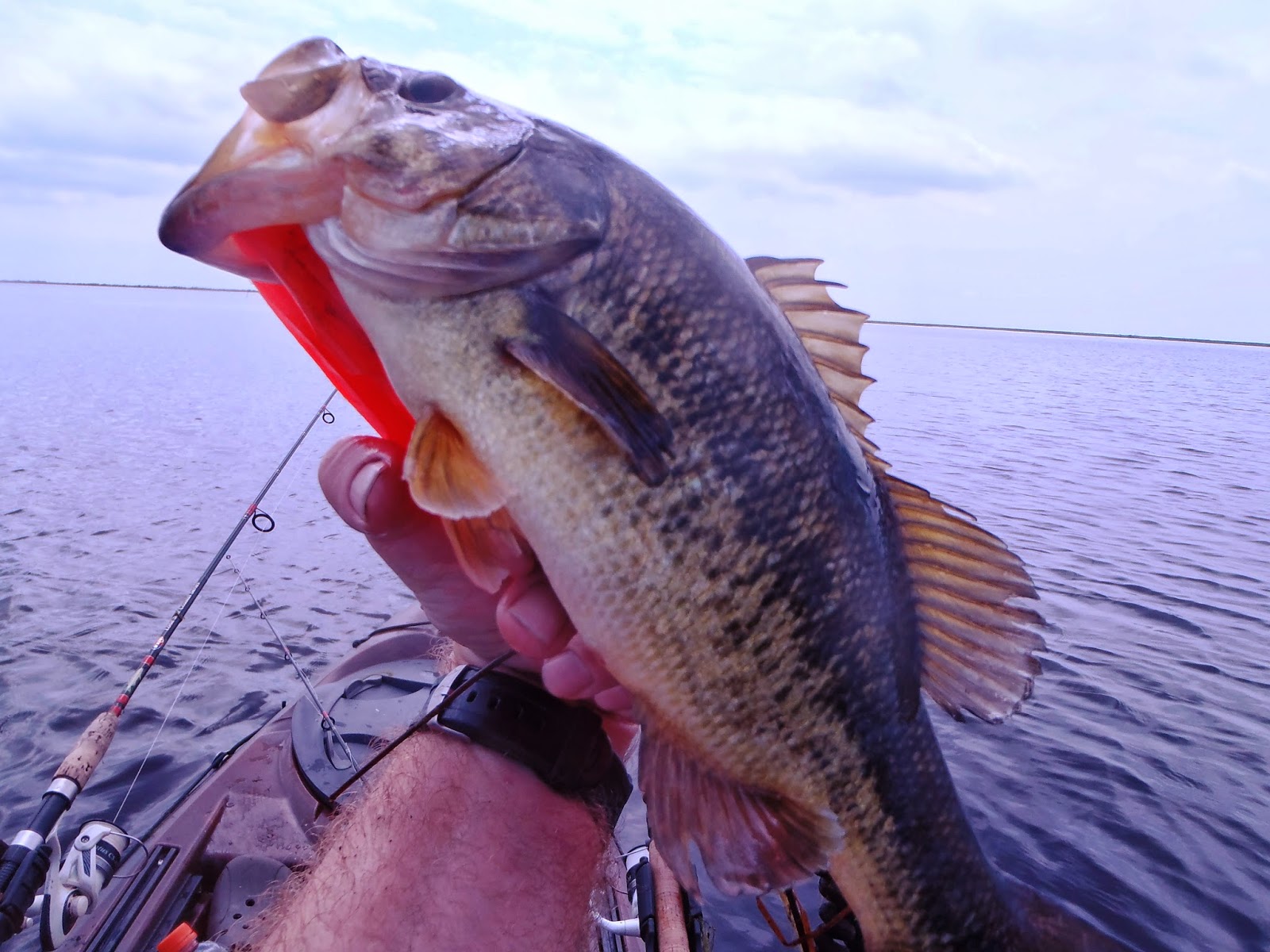 I was proud.  I was thankful for God's support.  I felt I had truly overcome. 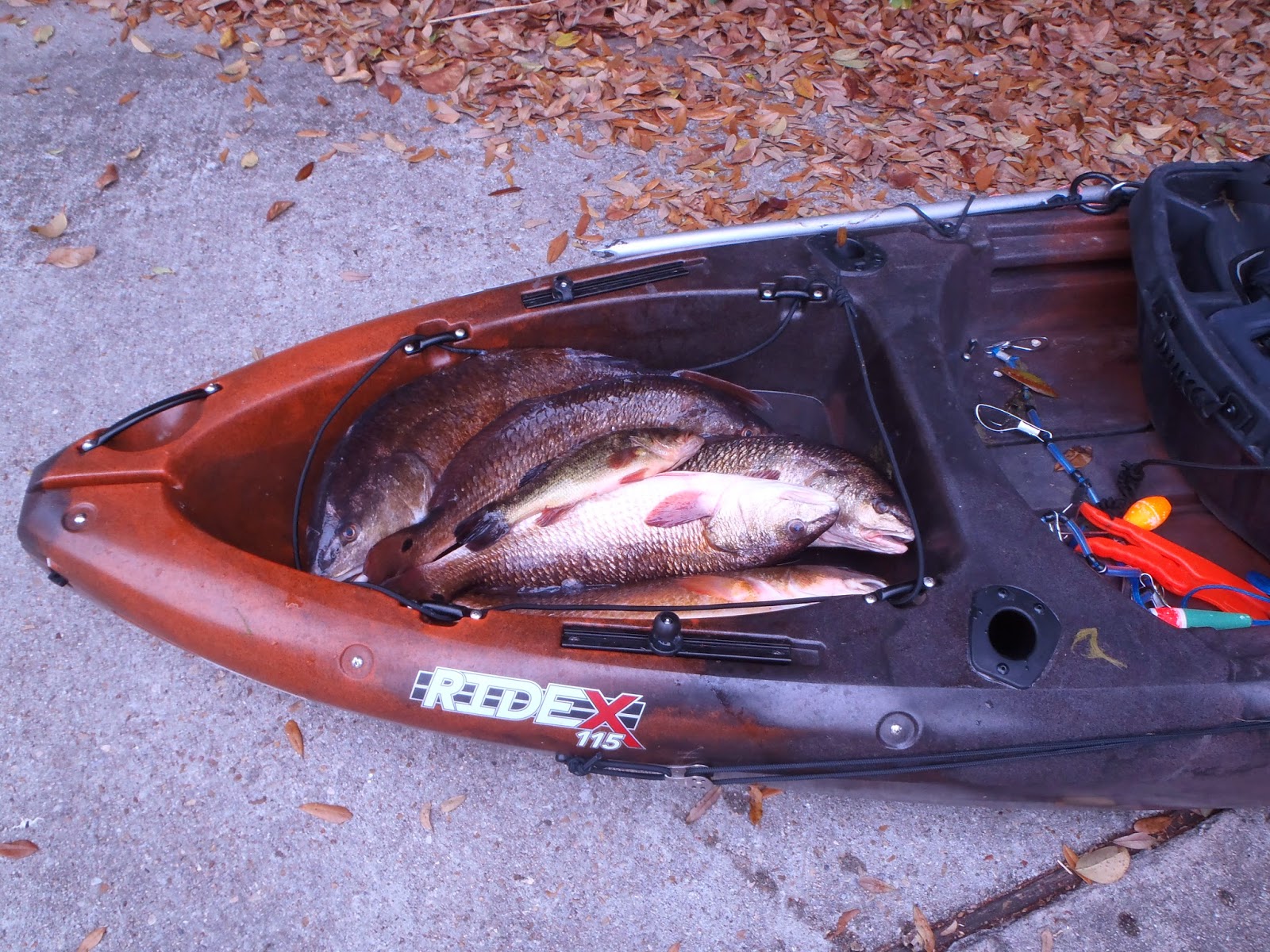 With 30 minutes to spare we arrived at the weigh in.  That's when the floor would drop out again.  We came in fast, I grabbed my bag and rushed toward the crowd, I should have noticed the odd looks.  I asked my buddy Chris, "Where's the line." He gave me a strange look and said, "It's over."  I said, "That's not funny where's the line." He said, "Man I'm not kidding, it's over."  Crushed.  No other word for it.  Thank you Chris for being patient with me!

It took some time to set in.  I'd gotten the wrong weigh in time in my head.  I joke about my "Loose grip on the space time continuum" but never had it come to haunt me so powerfully.  After a few questions  and a conversation with a fellow Team Backpacker member Clayton it was pretty clear that my stringer was right there in the top 3.

But the truth is - I didn't have those fish in time.  I caught my last two fish after a time that would have made it impossible to make weigh in.  Without those fish I would not have made the top 5.  I had not registered for the "big fish" prize so that was a non issue.  The truth was the only thing hurt was my pride and it took a severe beating.

What do I take away from all this?  Finitude.  I am a finite being.  I am not perfect I will make mistakes.  They are nothing to be ashamed about.  I also have opportunity to sin; now there I can find something to be ashamed of, but in both cases I have one sure and perfect defender.  Jesus Christ.  I learned anew that God is good, that He cares, and that He loves me.  I learned again that He is God and I am not.

It was the worst tournament day ever - yet it may have been the best.  I competed hard.  I overcame obstacles.  On that day the Journey was hard but God and good companionship won. By His grace overcame a truly awful set of circumstances.  I caught a truly nice stringer of fish.  I experienced great friends who gently worked me through a tough moment.  I was renewed in my knowledge of my constant and good companion.  All in all I am richly and truly blessed.
What more can a fisherman desire?

There's a PS: a fellow angler accidentally broke my cooler bag at a prior tournament.  I was bummed but really not too worried about it.  I thought, "accidents happen".  As I was leaving with tail firmly tucked between my legs he gives me a replacement bag - Yak-a-Lou - thank you.

And another PS - remember I bought 50 dollars of fancy new lures?  I threw them all but one lure caught every fish:


I may just have to frame that little guy.  Truly the Black Spoon of Death!

9And He has said to me, "My grace is sufficient for you, for power is perfected in weakness." Most gladly, therefore, I will rather boast about my weaknesses, so that the power of Christ may dwell in me. 10Therefore I am well content with weaknesses, with insults, with distresses, with persecutions, with difficulties, for Christ's sake; for when I am weak, then I am strong.  2 Corinthians 12:9-10

Posted by Bill Crawford at 9:03 PM