The decision was made to move Minimalist Challenge 2015 to a new location again this year.  Leeville - not familiar turf for me.  After my first two scouting trips I couldn't say I was very excited.  We found a few reds but no trout and no flounder.  But between us, the fishing buddy and I have been in the money around 6 of the 8 years it's been held.  So the dream team was ready to go: 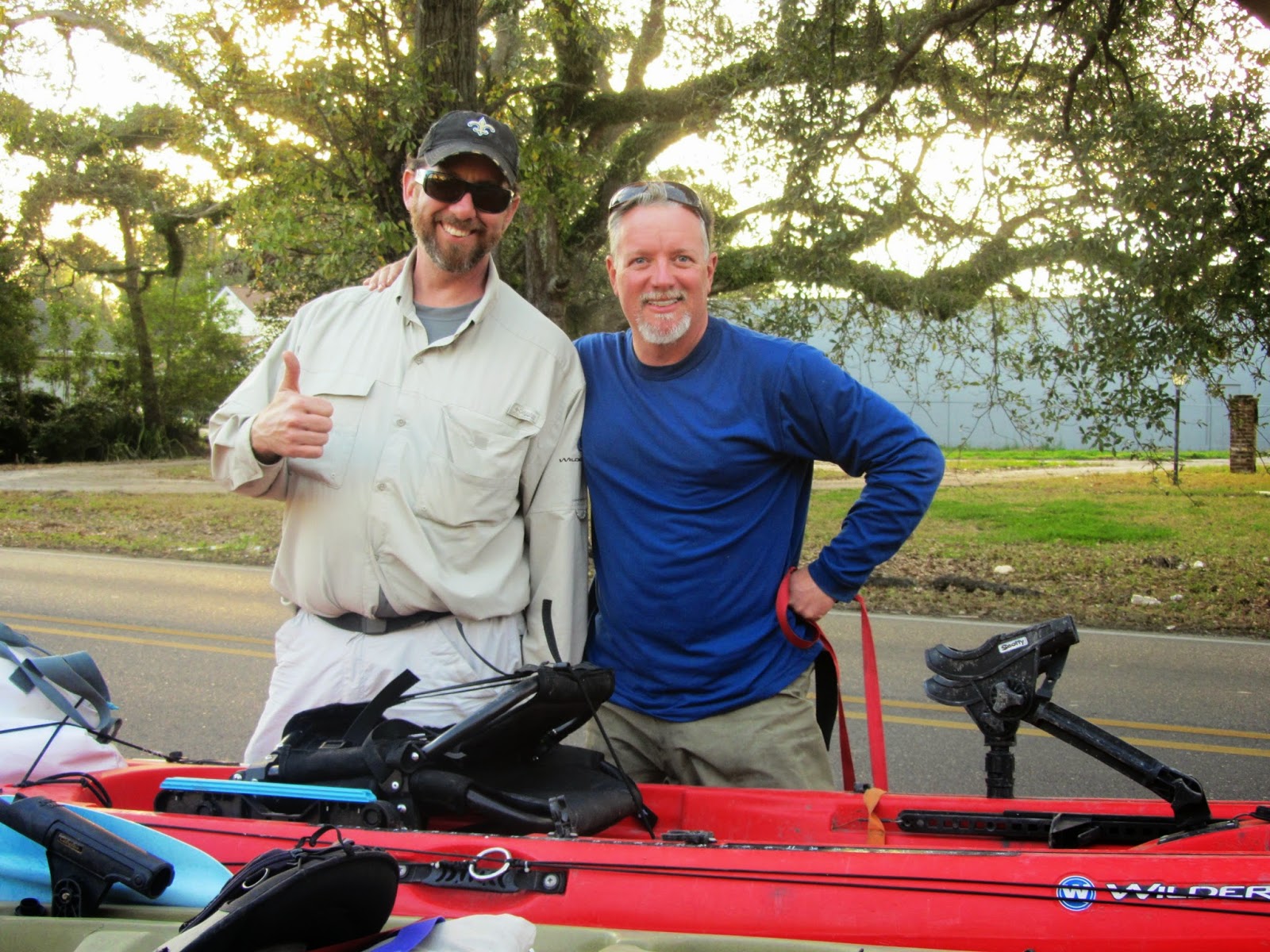 It was a strange plan as we were going to start together with the other 100 anglers a the launch but then we were going to split up and fish miles away from each other.  A decision that would bring very different results for two hopeful anglers.

My plan was to go to the only turf I knew in the area and hope that a little knowledge could bring me over the top during what had been tough fishing conditions.

I left the good camera at home (not sure why) so some of these shots are less than ideal but here is a shot with the scenery and the new AT Oracle Angler
picked it up at the Backpacker in Baton Rouge. 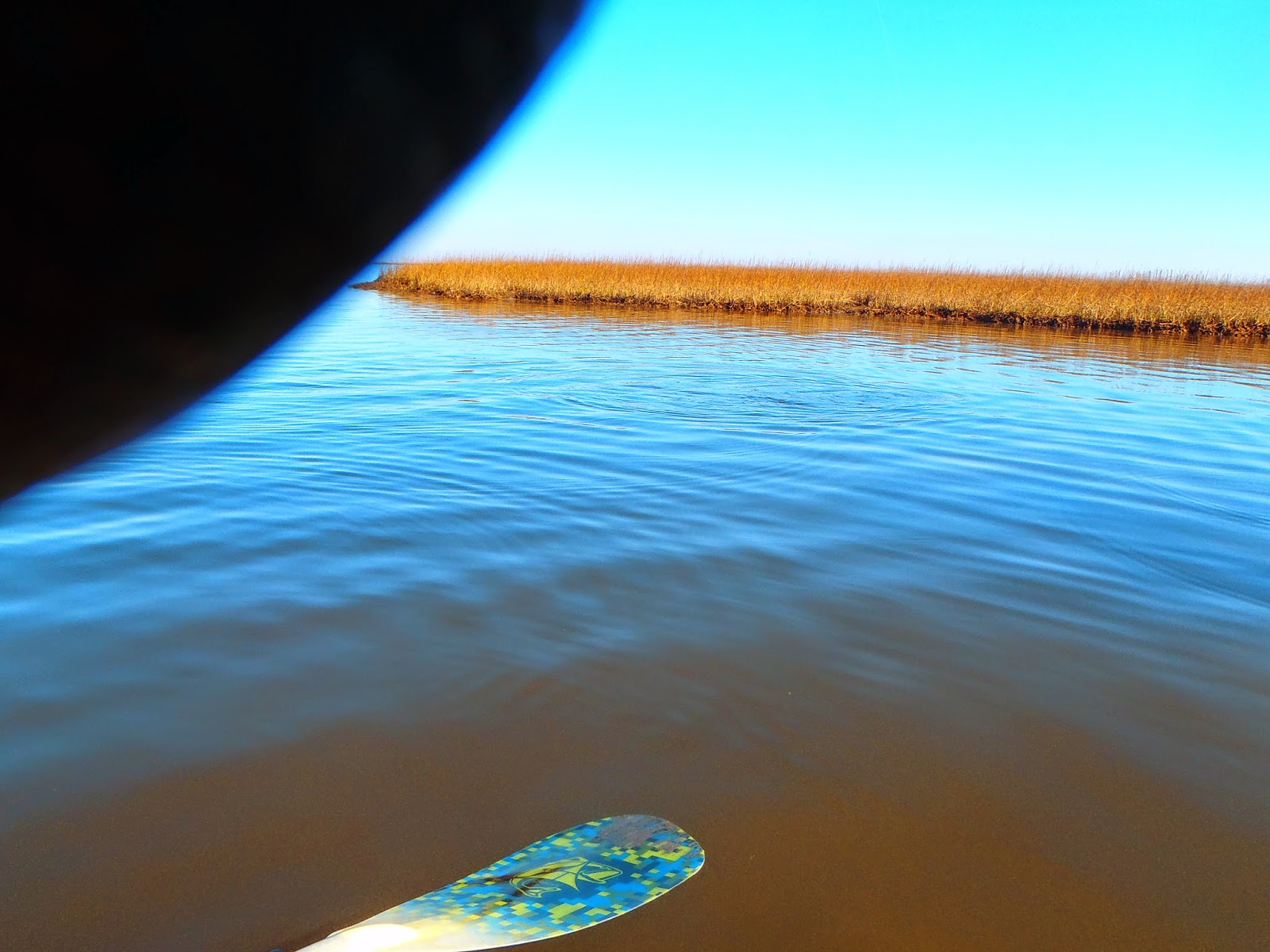 Sorry about my thumb but it was a pretty day.  If you look carefully you can see the ripples of a big red on the line.

My day began with a significant paddle to my first fishing spot.  I can tell you I was a little nervous watching one of the greatest names in South Louisiana fishing going down the bayou in front of me.  Choupique as he's known in kayaking circles has wracked up an impressive string of tournament victories but he turned left when I turned right whew!

So I settled in my spot as the sun came up and it wasn't long before I started seeing reds.  Big reds.  How big?  The first fish I cast at I threw at him three times before I hooked up.  I normally throw about 30" in front of the tail  well when I got him close to the boat this fish was snagged in the dorsal fin about 6 inches behind his head!  After about 20 minutes of being drug around I was ablle to shake him loose.

A few more fish in this area were clearly the same size and clearly not interested in my baits (picture of lures can be seen here).

So I moved into the marsh.  It's counter intuitive to look for fish in shallow water when its cold but that's where the redfish will often be.  Wish I had taken a picture but if you imagined an area about the size of  your living room that's where my first action would take place or inaction.  I come around a bend into a favorite spot and stand up.  There's a school of reds.  I mean like 9 of them in 18" of water.  Now water refraction is a funny thing these reds looked about 24" but would turn out to be different but nearly 10 (felt like 20) casts later nothing.  I mean I ran the bait by their nose I ran it over their backs.  It didn't spook them nor did it interest them.  I changed colors three times and threw a topwater.  Nothing.  It was as if my lures were invisible.

I actually sat down to leave once then I changed color one more time and I thought, "OK only thing left is to deadstick them".  This is when you toss a bait and just let it sit maybe wiggle it a little (can't help but think of the guy from PaddlePalooza - if you know you know).  So I throw the electric chicken lure and simply wiggle it a little and watch as a fish inhaled it!  Whoahhh nelly.  That little fish turned out to be a beast. 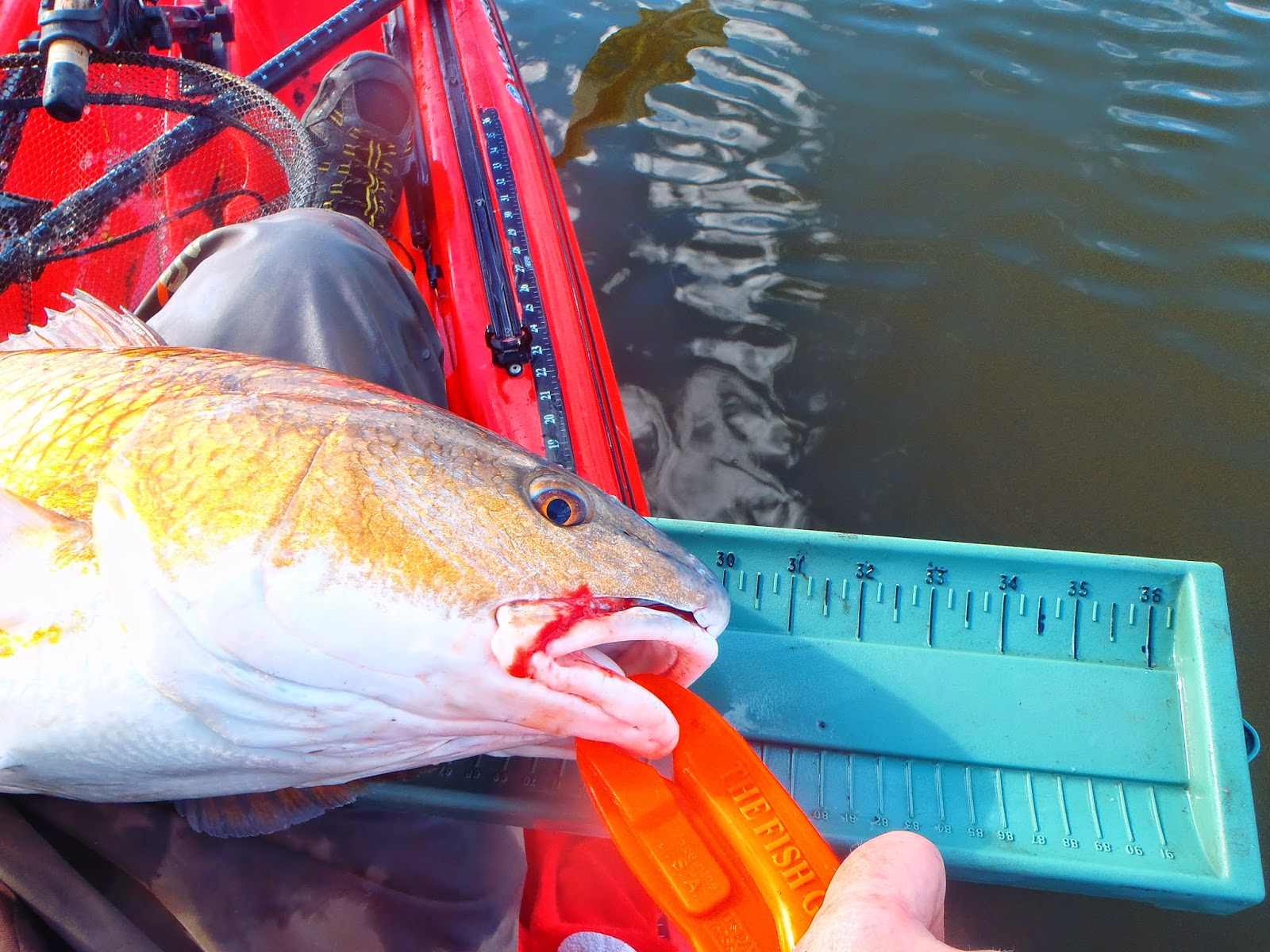 The next one was the same story it was like he was reaching down to chew on some bubble gum (exactly what it looked like) and it was on.  I didn't take a picture this time because you don't mess with losing a tournament fish.  He measured exactly 27" but with 6 hours to weigh in maybe just maybe....

I pulled one more fish out of this small hole this one was 23 inches.  3 more fish was all I needed.  Things were looking up.  Then it happened again, and again: 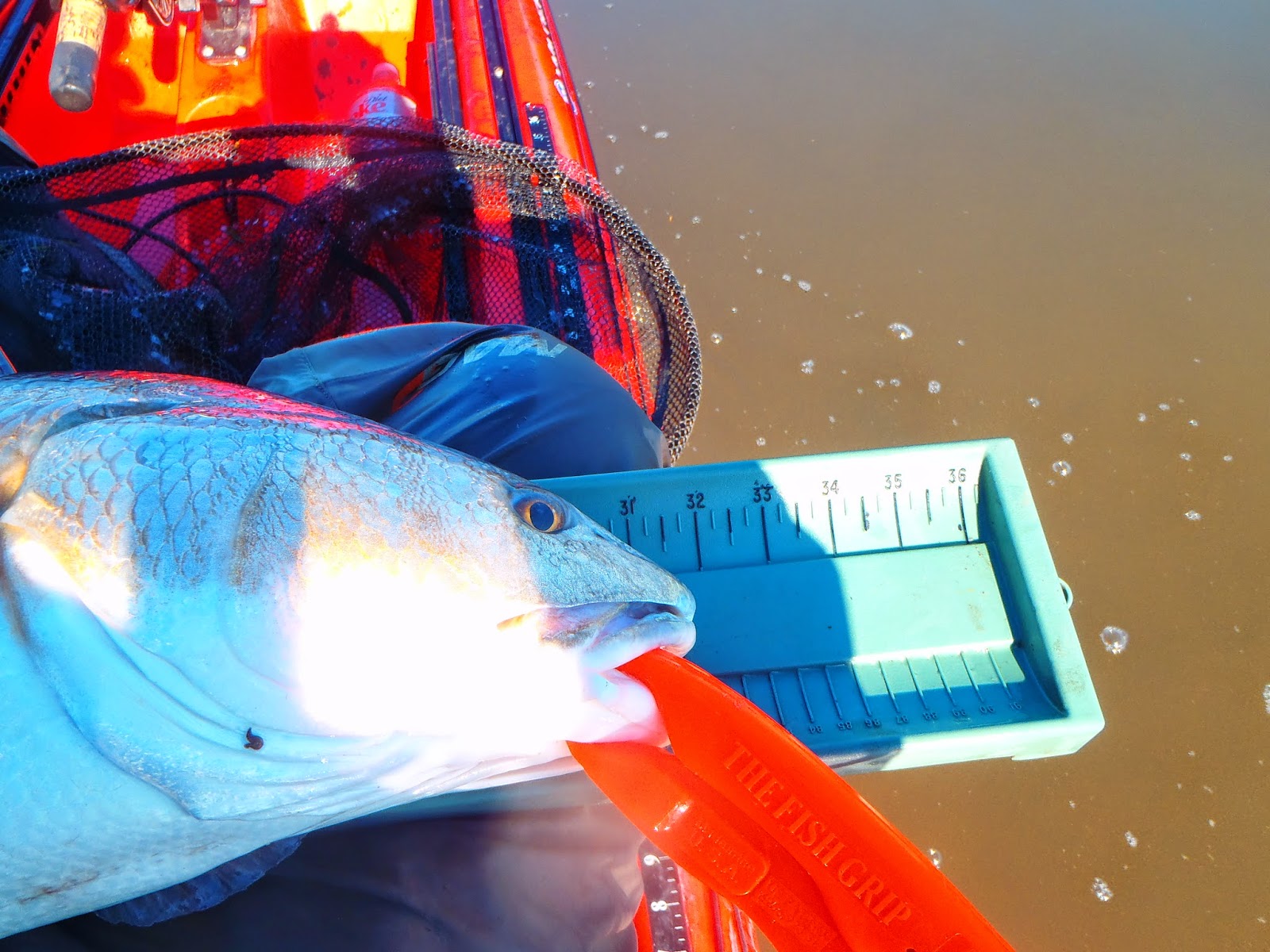 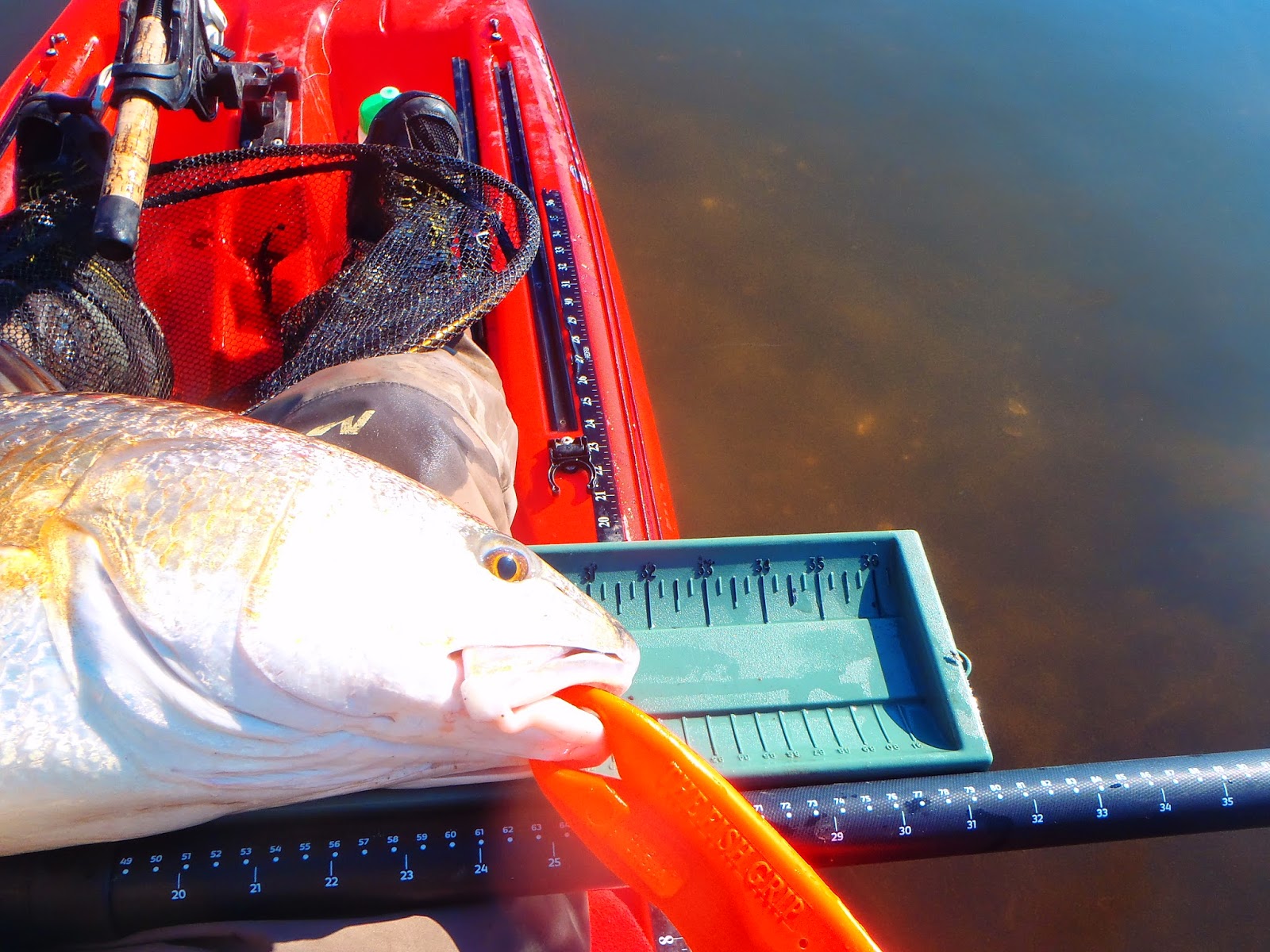 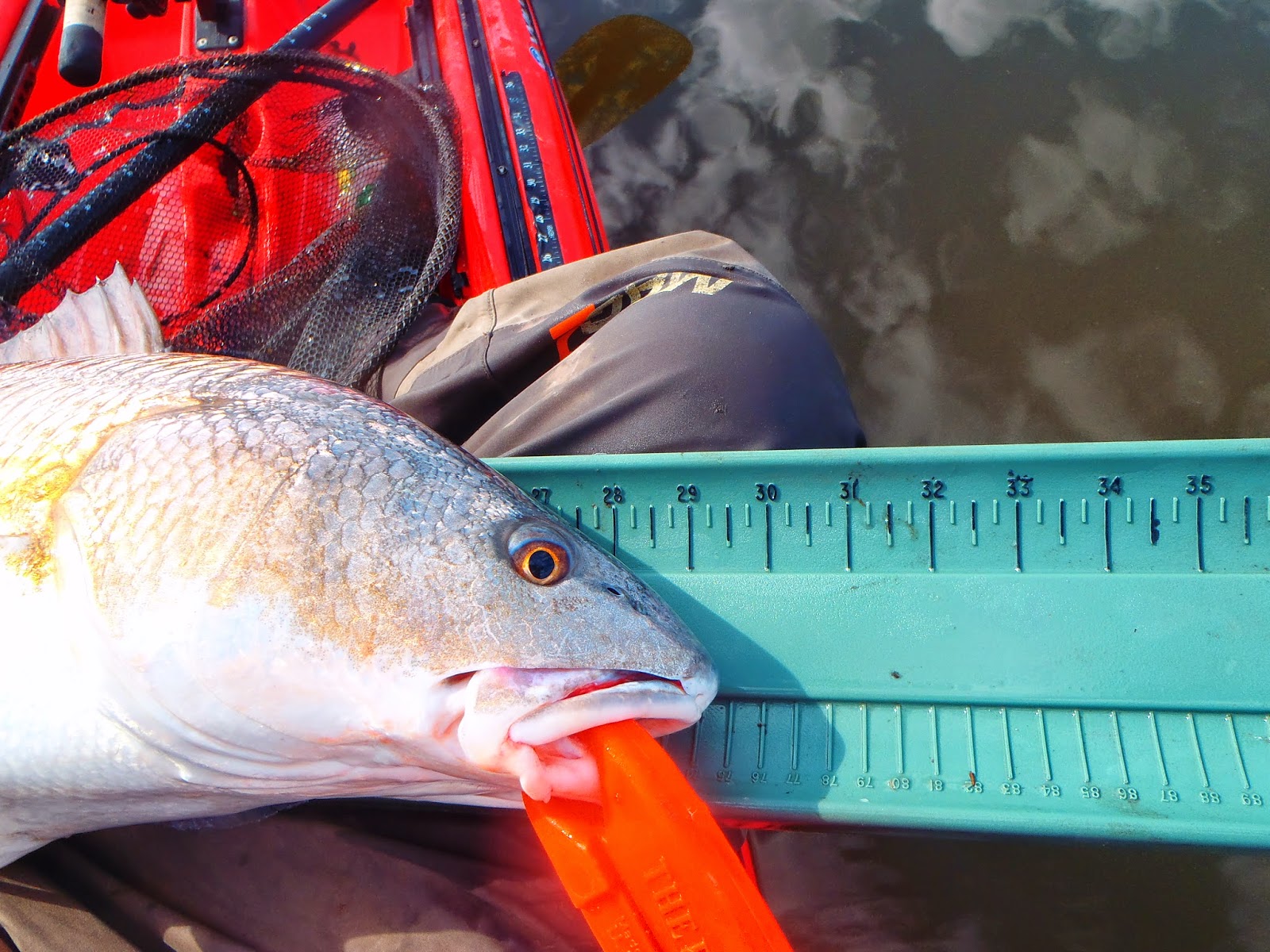 Oh yeah that brings me back to the 27 inch red.  Two things about fishing tournaments - it's hard work and victory often goes to the wise.  Fish shrink  (that's why should keep borderline fish you could hit the dock and have a short fish).  So anyway I remeasured that fish around 2pm and it was under 27 inches and I knew it was probably my biggest slot red ever (previous best 7.9 inches won big fish a few years back at another tourney).

Yes there was a fist pump.  I knew I'd made a personal best if nothing else.  That could not be taken away.  I had gone big and there was no doubt about it.  And I didn't have to go home a loser when came the word:  I had won the Cabelas Big Fish prize at Minimalist Challenge 2015 It was a nice haul too. 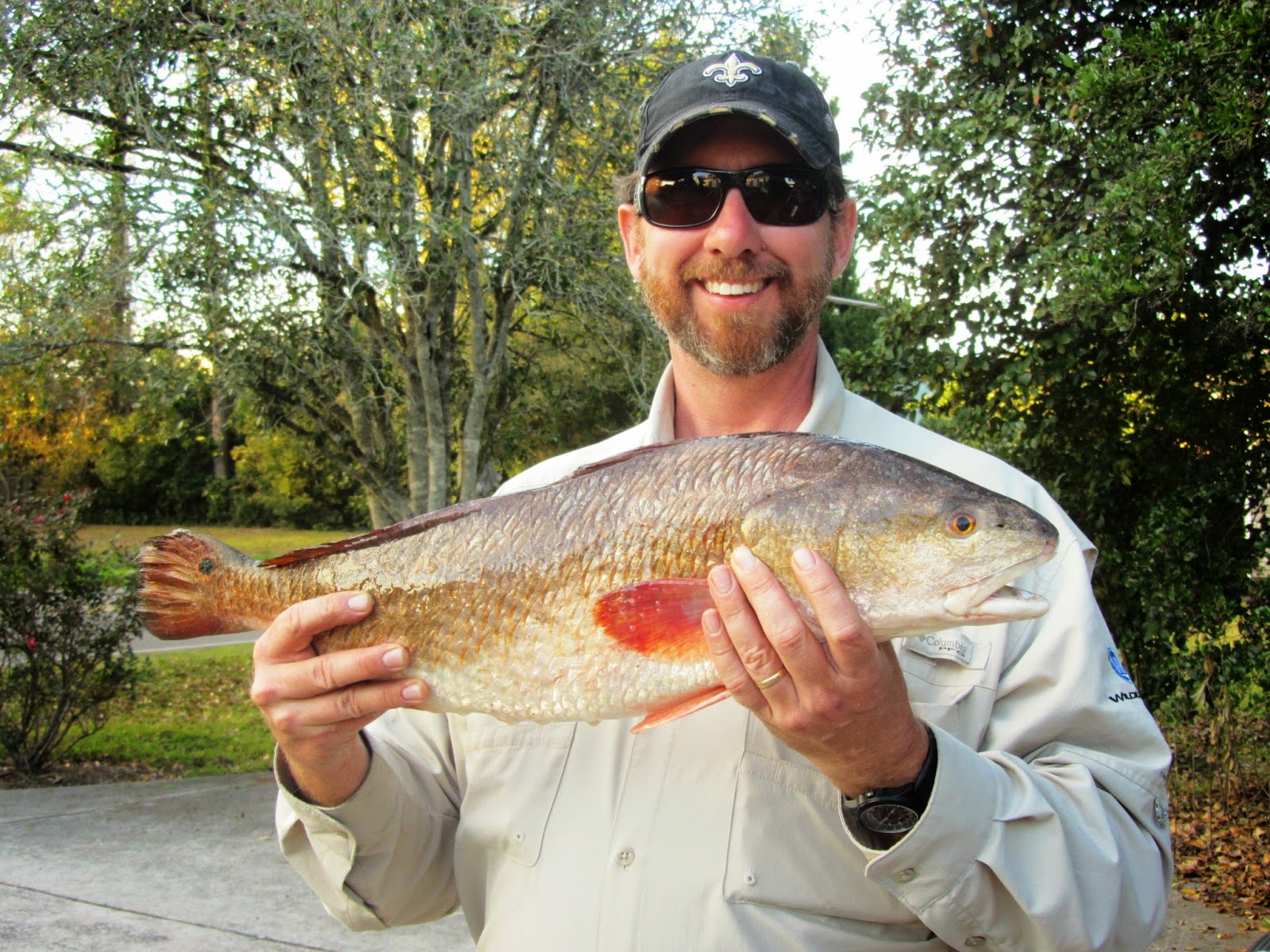 by the way did you notice how good that fishing camo worked on the AT Oracle Angler paddle?  serious look closely again at this photo:


I made connections with some new friends, some old friends, put real names and handshakes to some internet acquaintances met a fellow Presbyterian and another Clergy had a challenging day and still brought home some serious swag.  Lord thank you for all of it!

I give thanks and glory to God but a special thanks goes out to my Sponsors, The Backpacker, Scotty, and Matrix Shad (although I had to fish with lures given to me on this event).  Also thanks to BCKFC and Gnatless who did an awesome job running his first tournament.  No Gnats next year come on man its your name for crying out loud!  lol

O and I almost forgot the fishing buddy who went the other direction?  2nd Place with a full limit of reds - awesome job buddy!  I did place 10th out of 100 - with two fish! 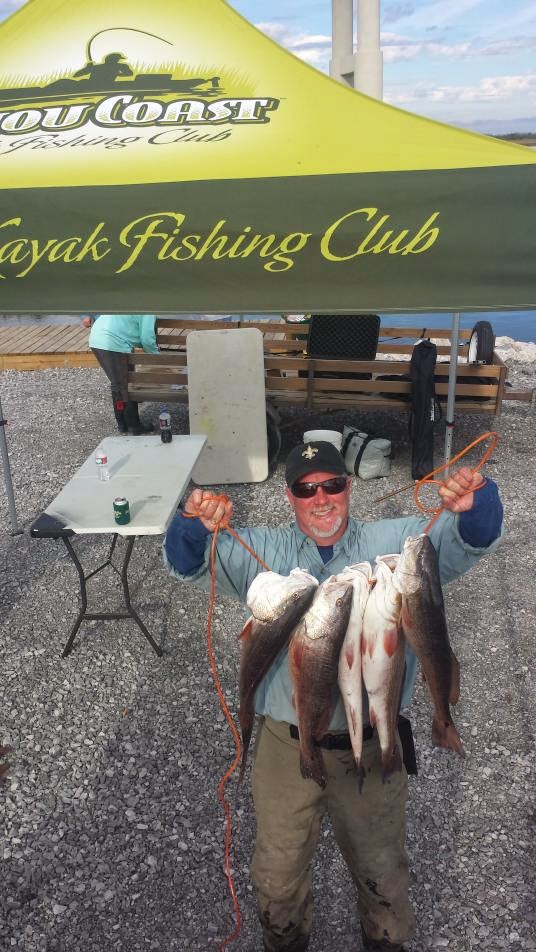 Posted by Bill Crawford at 4:11 PM