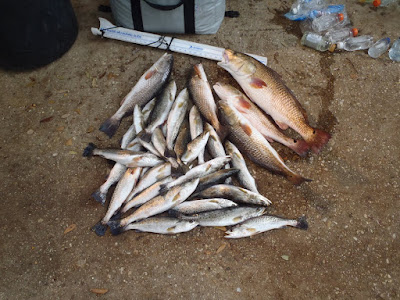 It was a great day of fishing Friday. God prepared great weather, my fishing buddy was ready to roll, and the fish (with a little coaxing) were there to be found. I wrapped up my double limit by 11:30am here are the end results.

There were a number of things that the trip had in store for us. First a sunrise launch at Bason's Marina near Galiano is almost always accompanied by a friendly greating from the owner, a smile, a friendly joke and over the levee you go. Prep to launch and the usual pair of Osprey that hang out about 100yds from the launch.

I tried to get a photo but photography is not my strong point: 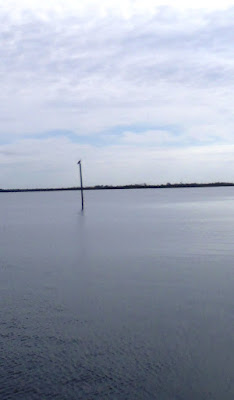 But for the third trip in a row the water (unlike my photography) was crystal clear and our fishing tactics had to address the issue.

That's when you refer to this chart at TTF.

And it was text book as I put a hurt on the trout fishing a TTF KFM White and Pumkinseed "straighlined" to wrack up a pretty quick limit of trout."

Then for fun I put on the new Lil' Dummy Speckled Trout.

I was over my limit but I wished I had put that Lil' Dummy on sooner because I was catching bigger trout and having a blast. This bait fishes awesome. It's so easy to walk and the trout destroyed it (or tried to). 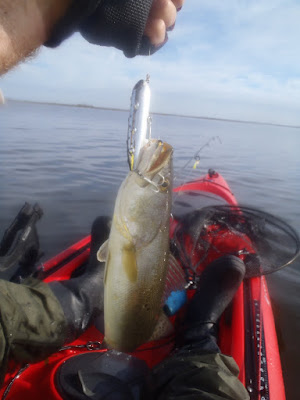 So I get to them without spooking them make my first cast over the school. They freak out from the shadow of the lure (a one quarter ounce Nemire Black spoon) and I enacted my new policy.

Three times now I've spooked reds, stopped ate a sandwich, and caught them. And I did it again Friday. I tried to get some picts of the water clarity, (did I mention I'm no photographer): 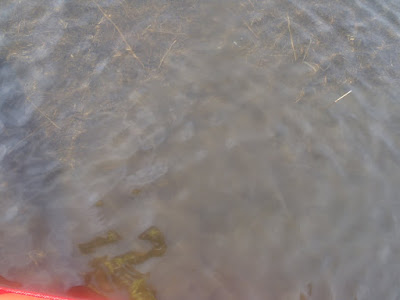 Well I had put away the TTF tackle and pulled out the Nemire spoon and proceeded to put a smackdown on the reds (although I missed as many as I caught and one almost stole my rod and reel with a violent attack)- here are some shots of the reds: 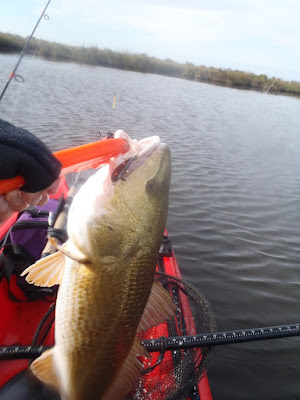 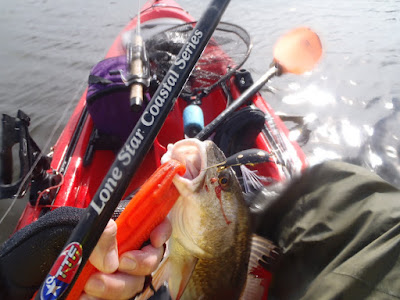 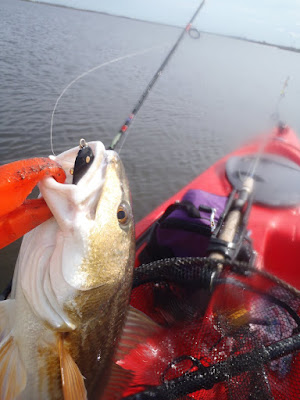 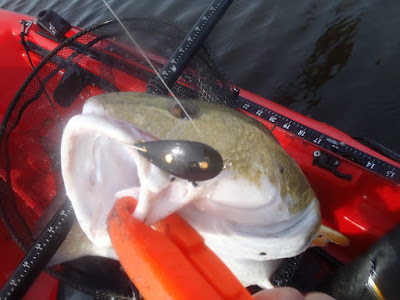 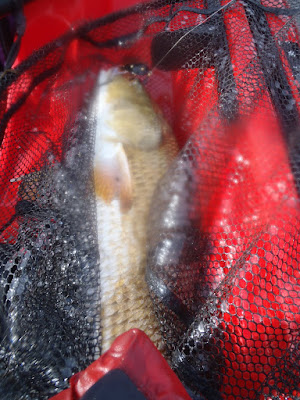 Some folks will say to me, "That Nemire spoon is just too expensive" this one spoon has caught about 30 reds the last 5 without the skirt. I say it's worth every penny.

Have fun; fish hard; give God the glory!

See ya on the water
Posted by Bill Crawford at 3:58 PM