Maybe I'm just obsessed with spoons?  Most folks listen to me go on about spoons they get that look, you know the one?  Their eyes focus somewhere around your lower ear lobe and you can just tell they are thinking of the twenty other things they need to be doing. 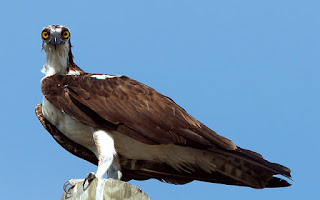 I get asked a lot of questions about why I fish with black spoons.  So few other people do or they only do in  certain conditions.  Look I don't know if I'm right or wrong.  I don't know the science of it.  All I know is that I throw a black spoon 90% of the time.  I've had some mild success at it:  In fact you can check my redfish over 20" out on my kayak wars profile  and my Kayak Wars standings here.  From February to June I've logged in 50 fish over 20".  I had another 10 pictures lost due to technical glitches, then there were five more in January.  Plus there are the at least 10 fish under 20"s so I'm well over 70 redfish on the year.  I guess I'm bragging but that's not the point.

The Black Spoon just works.  That's why I call it the Black Spoon of Death or BSOD.  Here's How I make it and why I do it that way.

First I start with the 1/8th oz Johnson Silver Minnow.  Often I use old beat up ones but other times I just take a brand new one.  I used to scuff it up but it doesn't seem to matter that much (although I'll show some pictures of why baking it properly matters).

It really isn't very complicated but it's very satisfying to work on one of these.  Takes about 20 minutes whether you are making 1 or 5.  I usually make about 4 at a time (one for me, one for guests, and one for the fishing buddy).
You can see one in the background done with a sharpee marker.  About half the time I talk about the BSOD someone talks to me about their sharpee.  Look I know it works but it's just so darn ugly.  This one never hit the water just sat on the cabinet for a week and this is what it looks like: 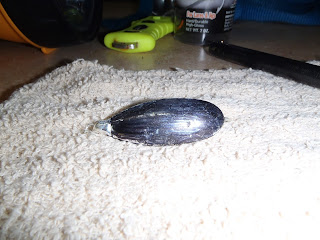 so I put the powder in a yogurt container (sorry for the horid picture) and dredge the hot lure through the powder coat. 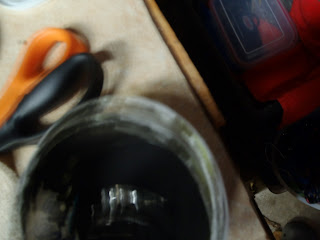 Another bad shot but you see now what you have is a mat black finish - sort of like non reflective hunting gear.  but you aren't done yet. 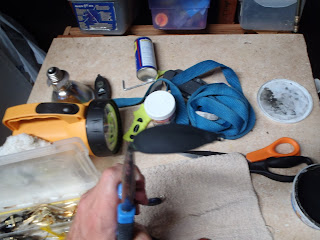 Bake it for about twenty minutes. 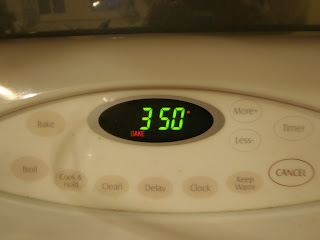 I hang it on the oven rack and put some foil under neath (I've had some drippage - I've learned to prevent this by knocking off excess powder soon as I dredge it. 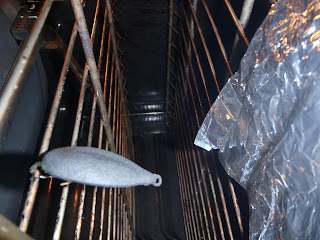 While that's baking let me show you some other spoons.  First you see the marker spoon in the background - ugh.  Then you see a heavily used BSOD.  this spoon has caught 20 reds and a dozen trout.
But it's only in this bad of shape because I didn't bake it long enough.  You must go at least 10 minutes.  I rushed this one in five. 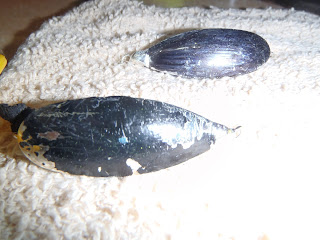 I also like making a chartreuse every now and then!  Hardly throw them but they look cool! 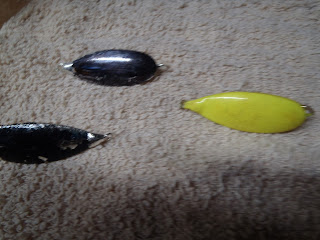 And here you go the newest BSOD. 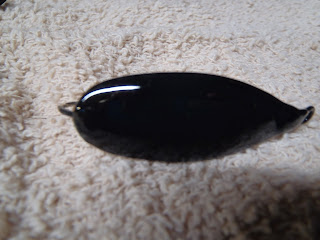 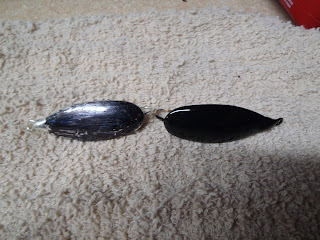 One of the prettiest I've made.  I don't coat the hooks and make sure you don't fill in the eye hole.  Powder coat is metallic once you fill that eye in you will have a time getting it cleared out (had to drill one out early on).  There's your ultimate DIY.  Tell Johnson Silver Minnow they should sponsor me!  And make a black 1/8th oz.  They do make a nickel plated 1/4 oz that is awesome.
Posted by Bill Crawford at 8:42 PM