Up to the Mountains (Or Of Moose and Fish)

Had an awesome trip up to Colorado this past few weeks.   Thanks to a church member for the retreat opportunity high above all others (10,000 ft to be exact).  Had a most excellent time at Crystal Lakes Colorado.


Didn't take long to get into the nature adventure category with an early moose encounter on days 2 and 3 of our trip: 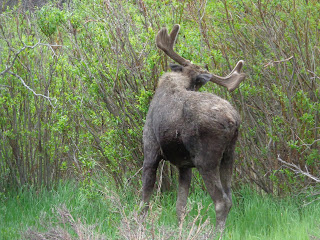 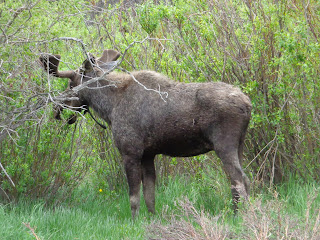 We were very cautious but got these close ups due to convenient dirt piles between us and them: 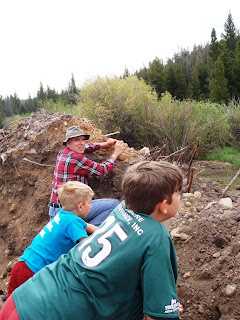 We had the whole gamut of game all they way from Chipmunks to marmot to moose: 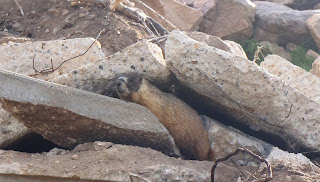 Fishing was great (admittedly fishing stocked ponds but still remarkable at that).  Some neighboring fishermen had a close call with the moose.  After we left them they kind of walked along with my wife and mother in law until the wife got spooked - she ran - the moose ran and wound up where we were fishing.  Nearly colliding with a pair of anglers.  Thankfully for them their dog went bonkers just in time and scared the moose.  A start reminder of why you have to be careful in moose country: 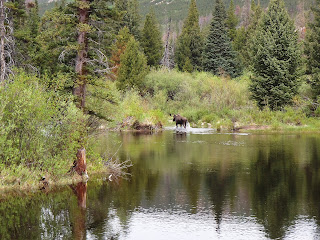 Fortunately he headed away from us not to be seen again for the rest of the week. The fishing was great and all the kids got into it.  I didn't get any pictures of the oldest but he caught the most fish.  The youngest had a lot of help with his fish: 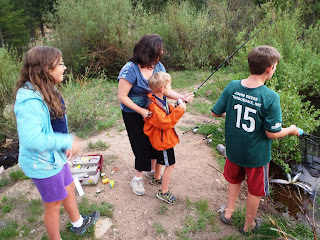 Girlie - Girl and I went out and had a father - daughter day and she did pretty well: 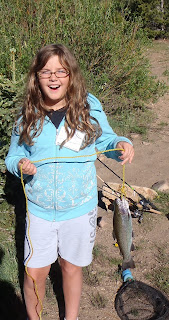 As did I - I averaged about 7 a day mostly caught and released. 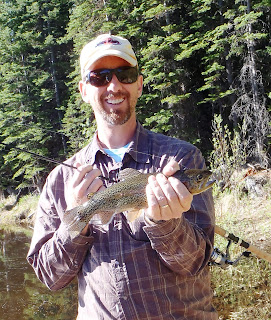 But a man and his family have to eat: 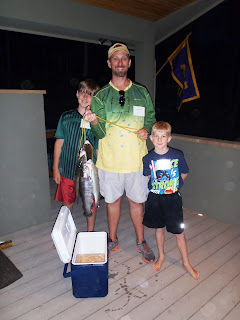 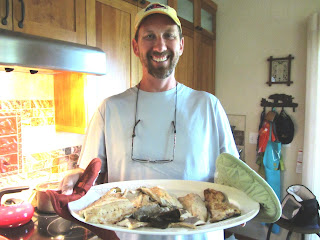 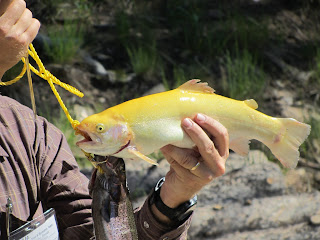 All throughout I was trying hard to catch a "Palimino Trout" AKA "Golden Rainbow" or according to my wife - Moby Dick.  Well I didn't have to "fire my heart" at him but it took about 100 casts and some serious determination.  Finally using a Redfish trick I lured one into a reaction strike by pulling my spinner from his rear at an angle across his line of site and BAM he struck.  It is fun to watch these rainbows stand up under water and fight.  It's like watching a Tarpon fight only under crystal clear water.  This is by far the most beautiful fish I've held in my hands.


I know some of you are "worried" these Palimino Trout are bred true at a local hatchery.  I did not wipe out a rare fish by catching and eating this one.  They are on the menu of a local restaurant for a premium price.  I promise you they taste exactly like rainbow trout for that is what they are.  They are in fact true bred Albino trout.

We had a great time in Colorado and wound up the trip attending the General Assembly of the Evangelical Presbyterian Church held at Cherry Hills Community Church and had a great time there and in Denver.  Where the kids had some fun climbing the wall at REI: 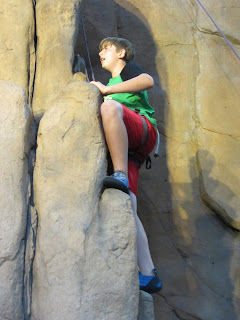 God bless and I can't wait to get back in the Marsh!
Posted by Bill Crawford at 2:30 PM