Thanks to the guys for putting together the first Team Tournament "Double Trouble".  Still working on pulling together the photos from weigh in.  But here are a few from my day on the water: 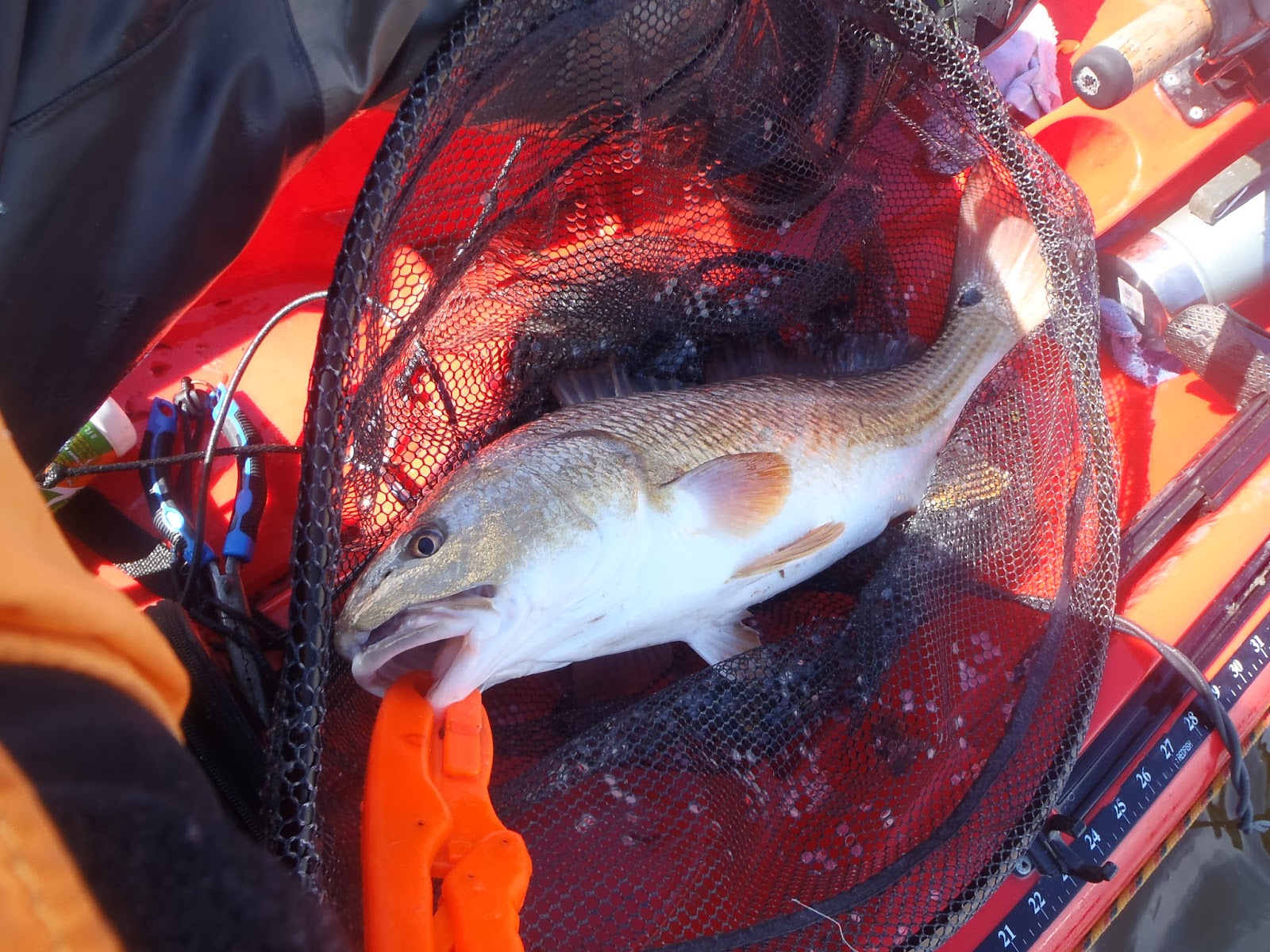 Once I started catching I drew some friends! 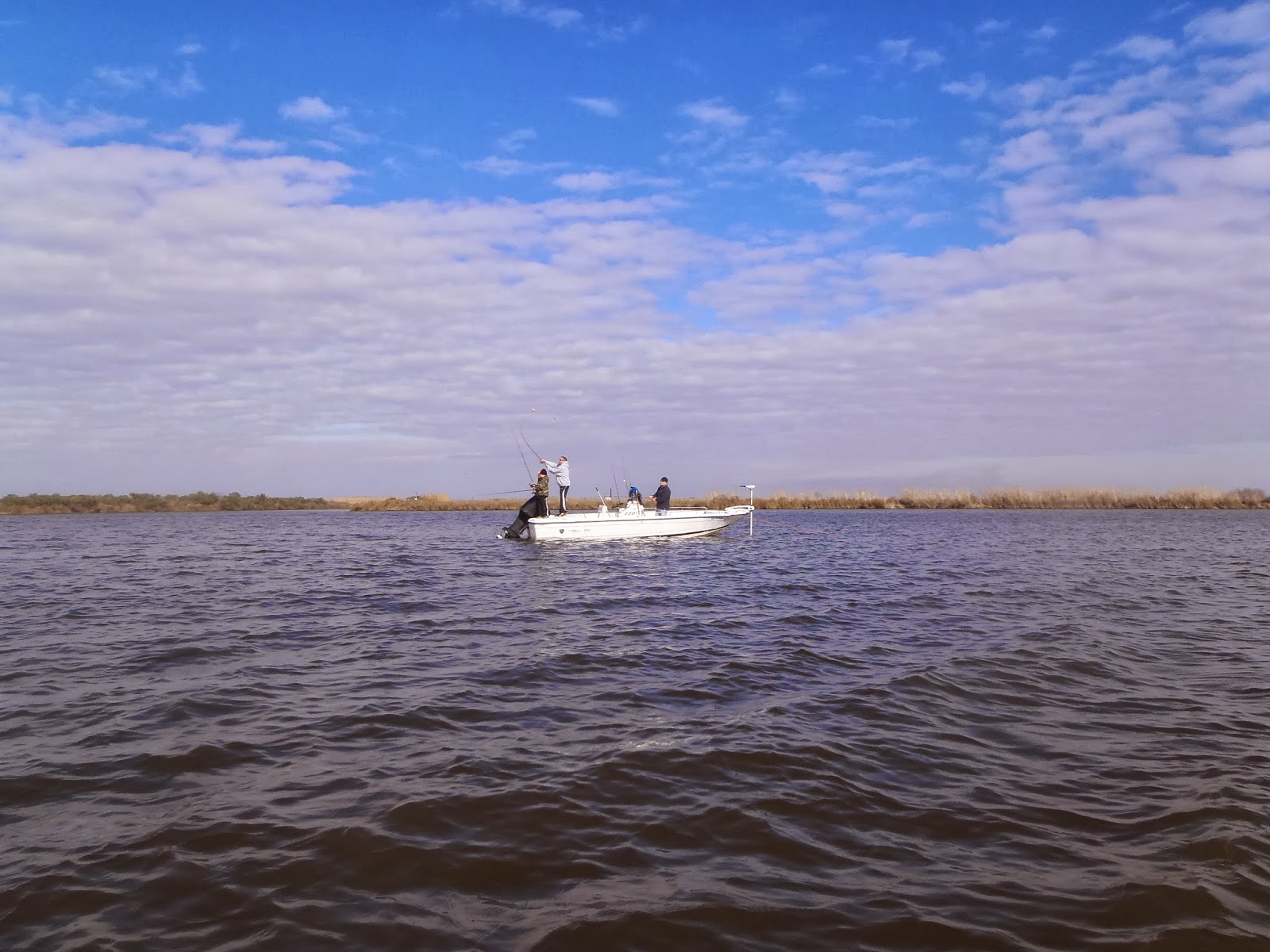 It was fun to see 3 generations get in on the action together.  The little guys were very excited.

I started the day off with a flat tire.  After some hiccups we got out on the water and then I arrived to my fishing zone and as I was rounding a point - splash.  30-40 massive reds took off from under my boat.  Argghhhh.  It was a classic blunder, with my mind focused on where I was going; I was not paying attention to where I was.  I'll never pass that point without throwing a bait at it again.

The frustration continued to mount as I couldn't get them to bite as they moved off. Then as I tried to get some quick casts in - I snagged my line in a tree and broke it off.  So I paddled around the point looking for the school but they had vanished. I made a lap around the area then came back around and tied on the TTF Red Killer.  First cast BAM a massive red.  Unfortunately it was TOO big.  28.5 inches.

Shortly after I had the first fish in the bag a solid 25.5 incher.  He was one of these three: 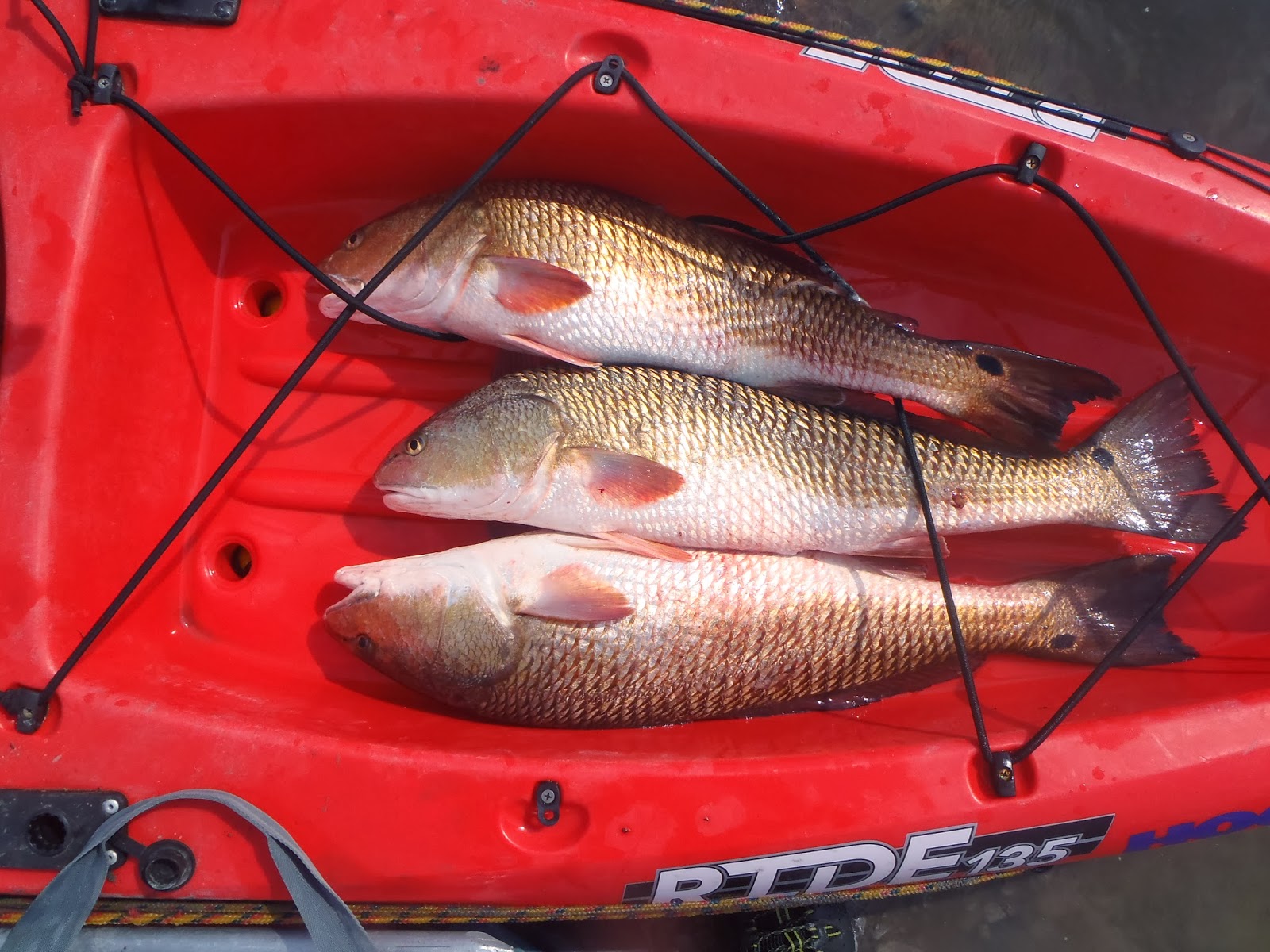 So off I went in search of more.  Went to my favorite winter red fish hole - nothing.  I'm getting nervous at this point and I'm about to pull of stakes when i think to myself, "The fishing buddy likes that spot right over there, I know that guy just left but what if he didn't know what to do?"  So I headed over. 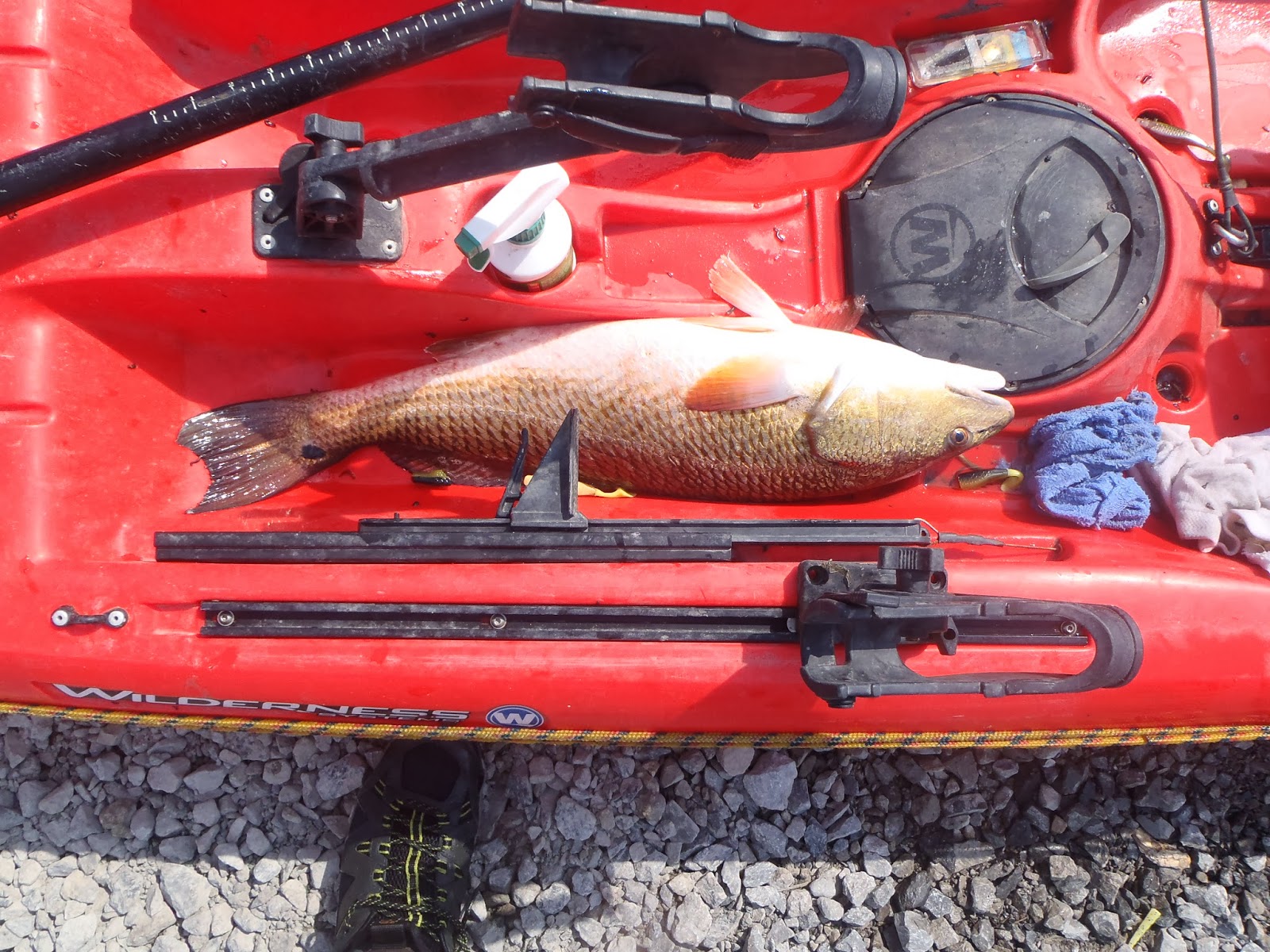 So the format was pretty interesting.  5 fish no more than two of them could be reds.  But we just couldn't find the trout (despite the epic effort of my fishing buddy).  So all we had were the two big red fish.  Well we headed on to weigh in and still managed to scoop up third place even though we gave up three fish.  Pretty grateful to the Lord for a successful day.

Other highlights included an otter swimming around and an Osprey flying over my head with a 15 inch red fish in his talons! 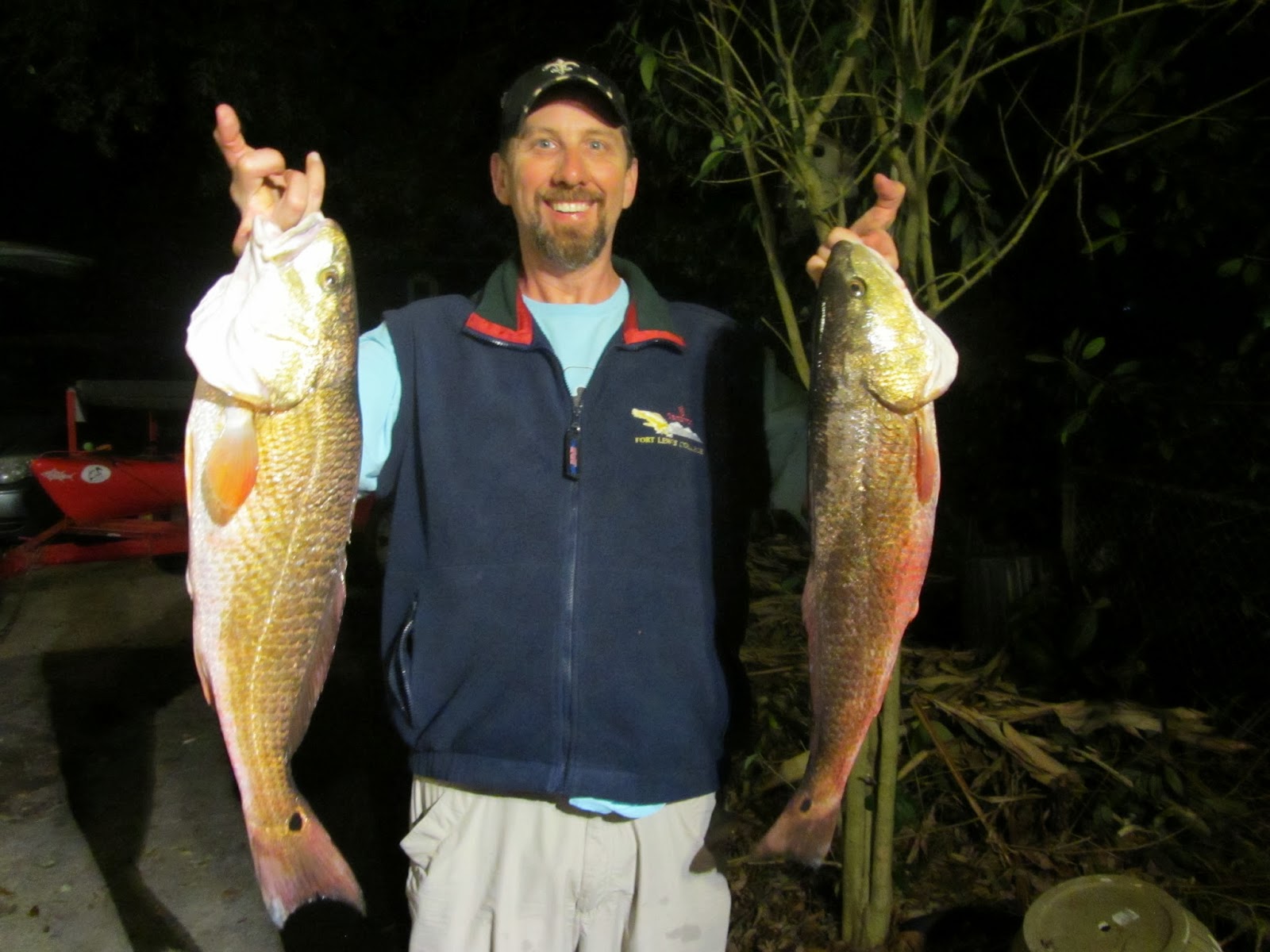 Posted by Bill Crawford at 9:12 PM