Broke in my new Ride 115x this weekend.  Conditions were tough - windy, cloudy, not my favorites but I made the effort and slimed the new boat.

First I had to put the new stickers on: 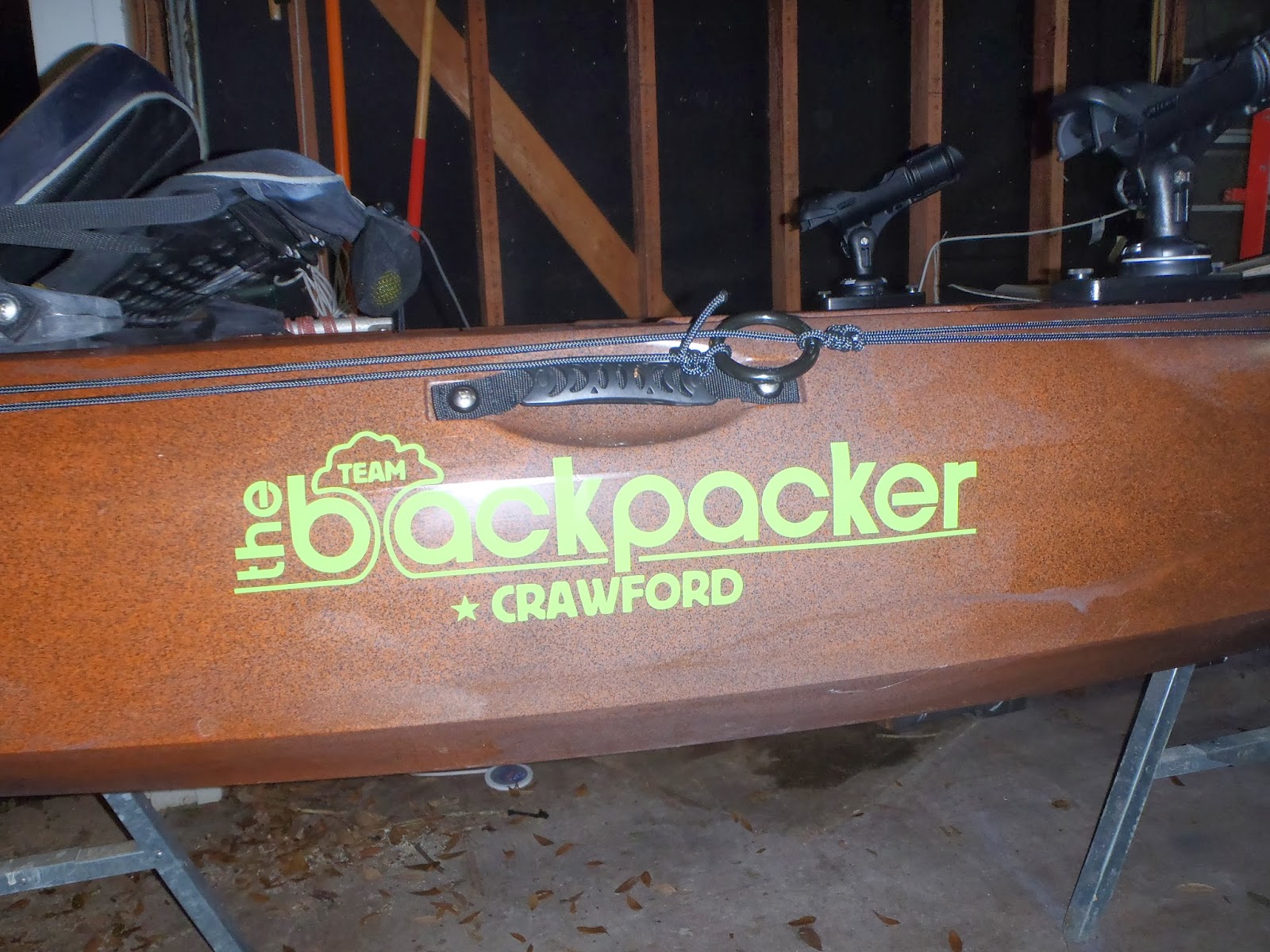 More on the rigging later but here's the first fish:


Well plan "A" for the fishing tournament didn't work out but we did find some trout (not the targeted species) and thirty fish later we called it a day.  More reports after the tournament (Redfish Rumble May 15th)!  Although I'll likely have a rigging blog ready soon.
Posted by Bill Crawford at 2:48 PM