Reds Drinking Up the Pink Champagne

Two weeks ago I had some success at the Minimalist Challenge and I've been chomping at the bit to put the "Pink Champagne" Matrix Shad to work ever since.  I had to fish the tournament lure last time but felt the Pink Champagne was a better fit.  So I returned to the scene of the crime!

Well the forecast looked pretty good but the real time conditions weren't quite as I had hoped.  A little more wind, a little colder, and the water was a little shallower than the last trip.  I started pushing into the marsh and headed into some spots that were productive.

I moved some fish but they weren't where I expected them.  2 hours of frustration later I was about ready to quit.  But I returned to a spot I had just destroyed some bull reds.  And it was suddenly on: 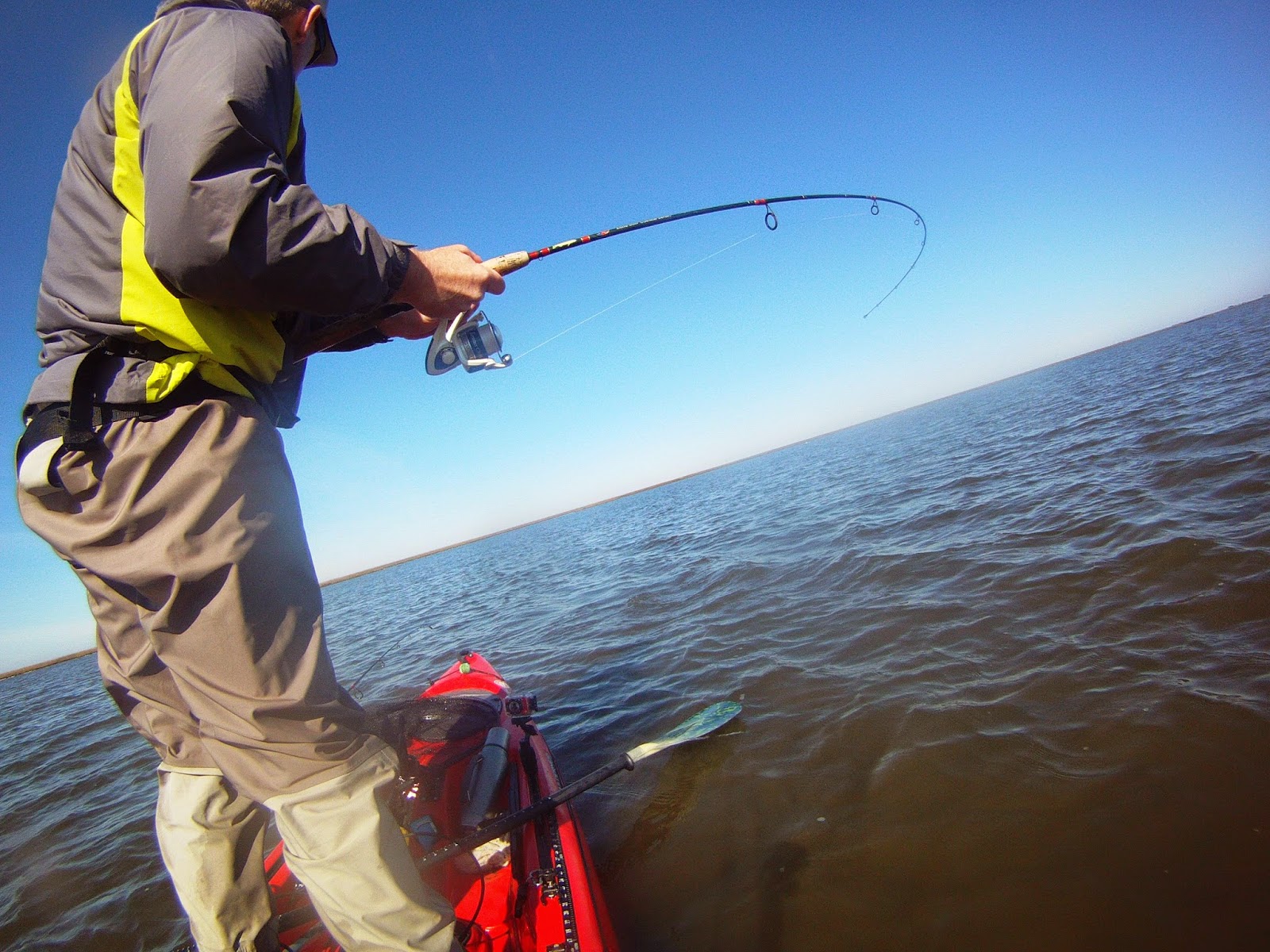 There is nothing as fun as demolishing large reds in a kayak.  Well sight casting them in 18 inches of water is even better!

Unfortunately my new camera system didn't work out as well as hoped - a dirty lens and bright sun wiped out about 2/3's of my photos but here's one of the big boys: 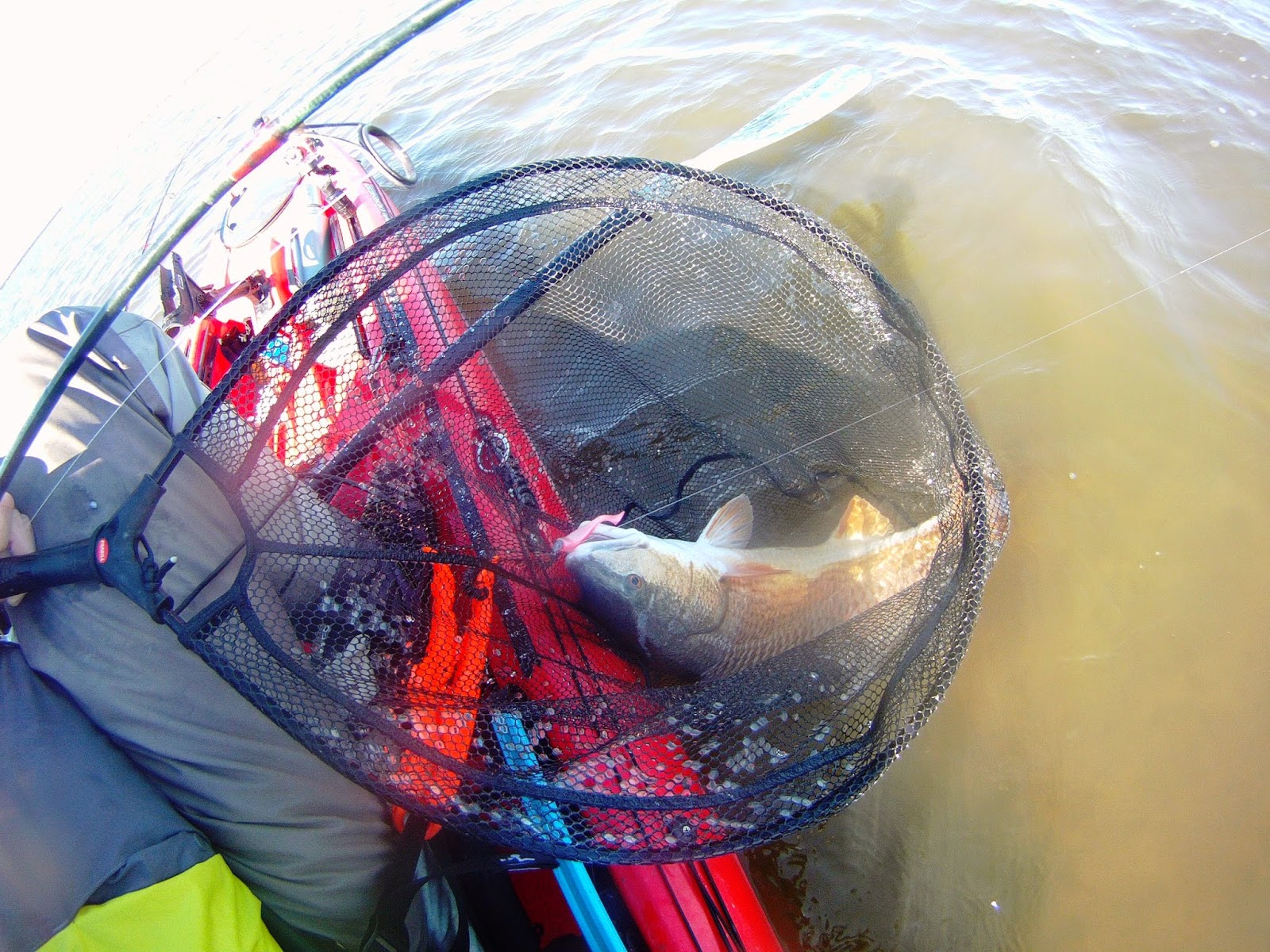 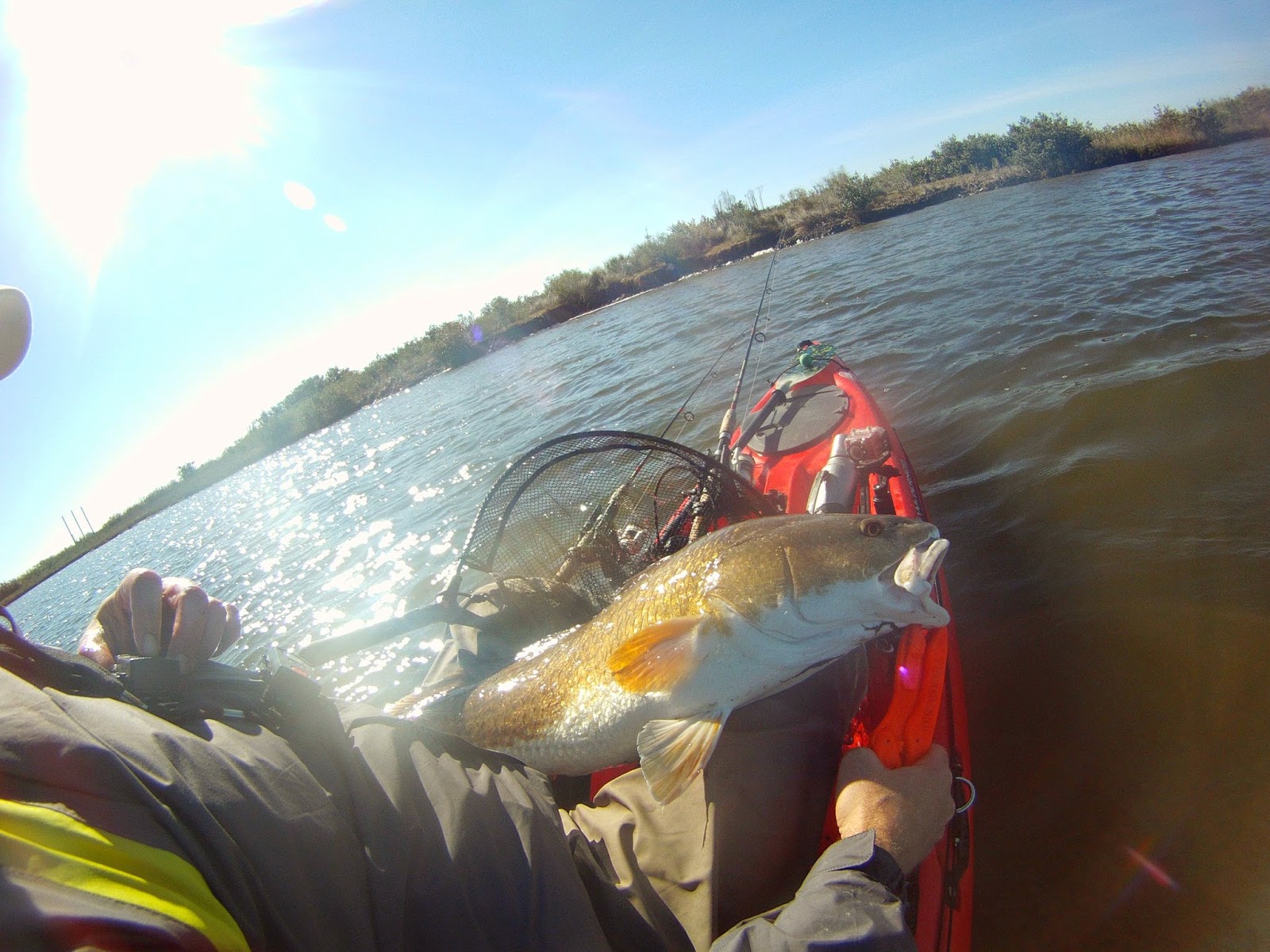 I had a limited schedule so I stopped after three bruising battles. 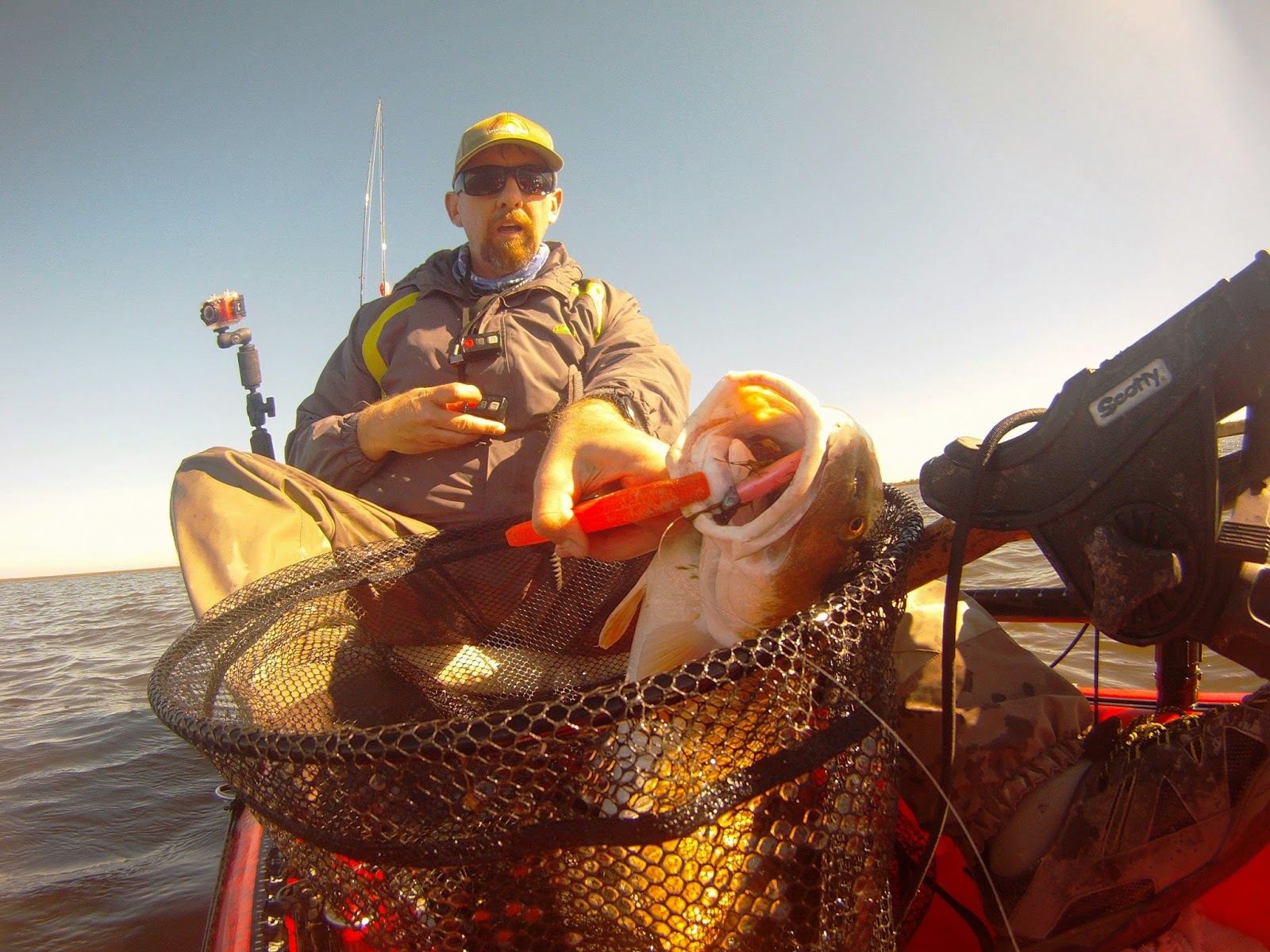 I've got to remember to close my mouth for these shots but I was tired! 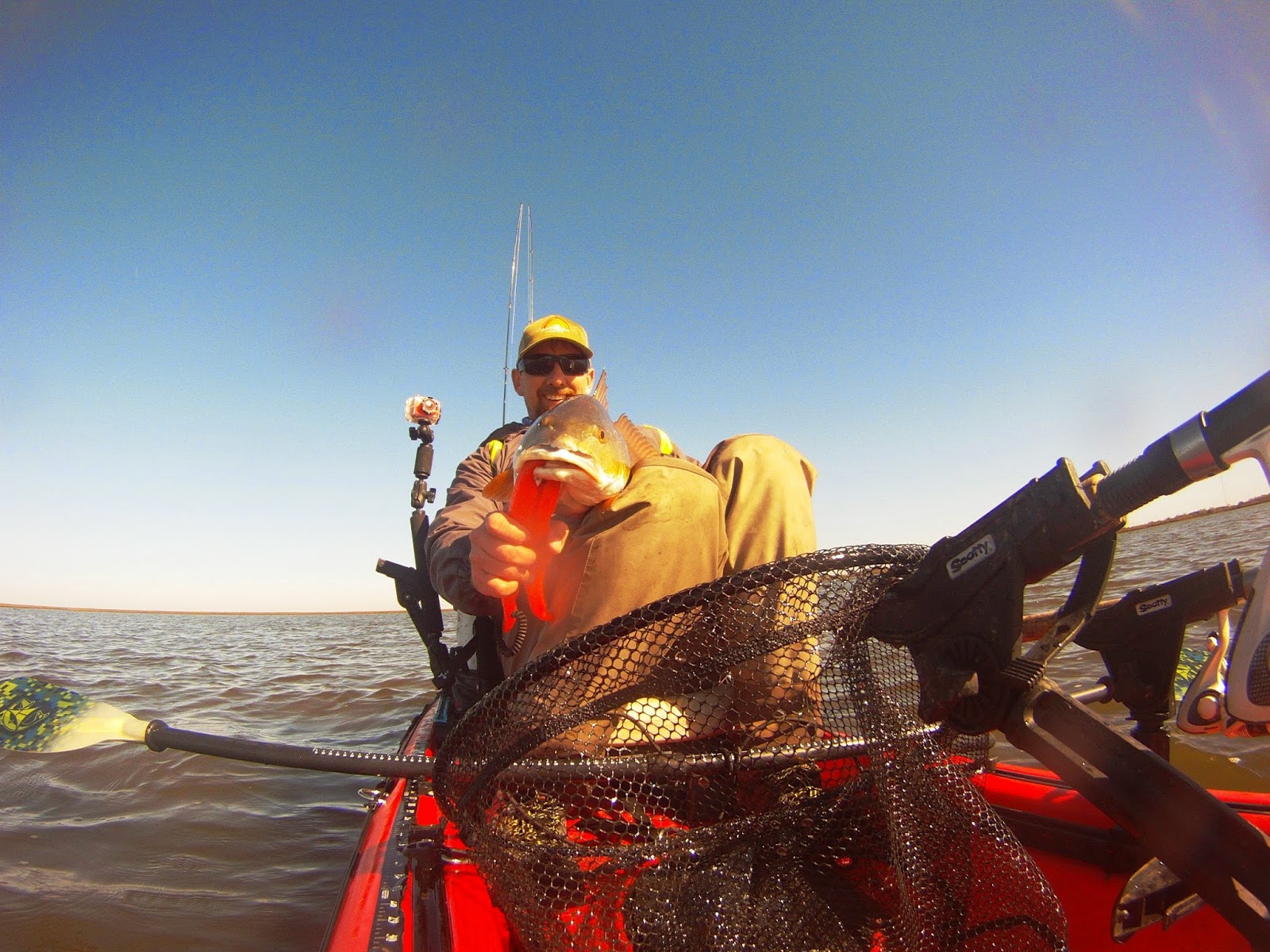 Posted by Bill Crawford at 2:57 PM