Snake Bit: Hero to Zero in One Tournament

So last tournament I took on the elements, and managed to take home the "Big Fish" prize. On to the next event.  I had reservations about this one from the start.  First, it was a Bass Tournament, "Yak A Bass", to be held at Chicot State Park.   Second, last year we had a Redfish and Bass Tournament which began with me taking a spill into the snot-grass and ended with a time limit DQ.

I was going to a strange place, and other than the one caught last year, I hadn't really fished for bass in 13 years.  So I had a light game plan in mind.  I decided to turn it into a family trip and rented a cabin for two days, found "pulpit supply" and covered all my Sunday duties.  It would be a nice mini vacation with the chance of providence shining on me.

Along the way I was able to "upgrade" my cabin and I had high hopes as I headed out Friday to pre-fish and get things settled for my family, who would be coming up later in the day.

Day One I paddle out into strange waters. Despite having heard two reports that there were no fish to the South, I inexplicably headed South. In part, I wanted to see my future cabin. In part, I just can't explain it.

It was an interesting paddle into the woods:


No fish to be seen, heard, or caught.  Not only myself, but every angler I met in this area was skunked.  The scenery was amazing.  I can't wait to come back and just paddle around.  So back to the dock I went, and shared lunch and conversation with a good friend "Marsh Daddy".

We chuckled about adventures; he shared his success (one fish) including location and lure used.  We gradually moved into discussions of flipping over or "turtling" our kayaks and he asked me about my lack of flotation on my rods.  I commented:  "I've only lost one rod from a kayak and that was the first year I paddled in one."  Foreshadowing!

I headed back out and paddled about 15 minutes from the dock.  I saw my first fish and it was a swing and a miss. 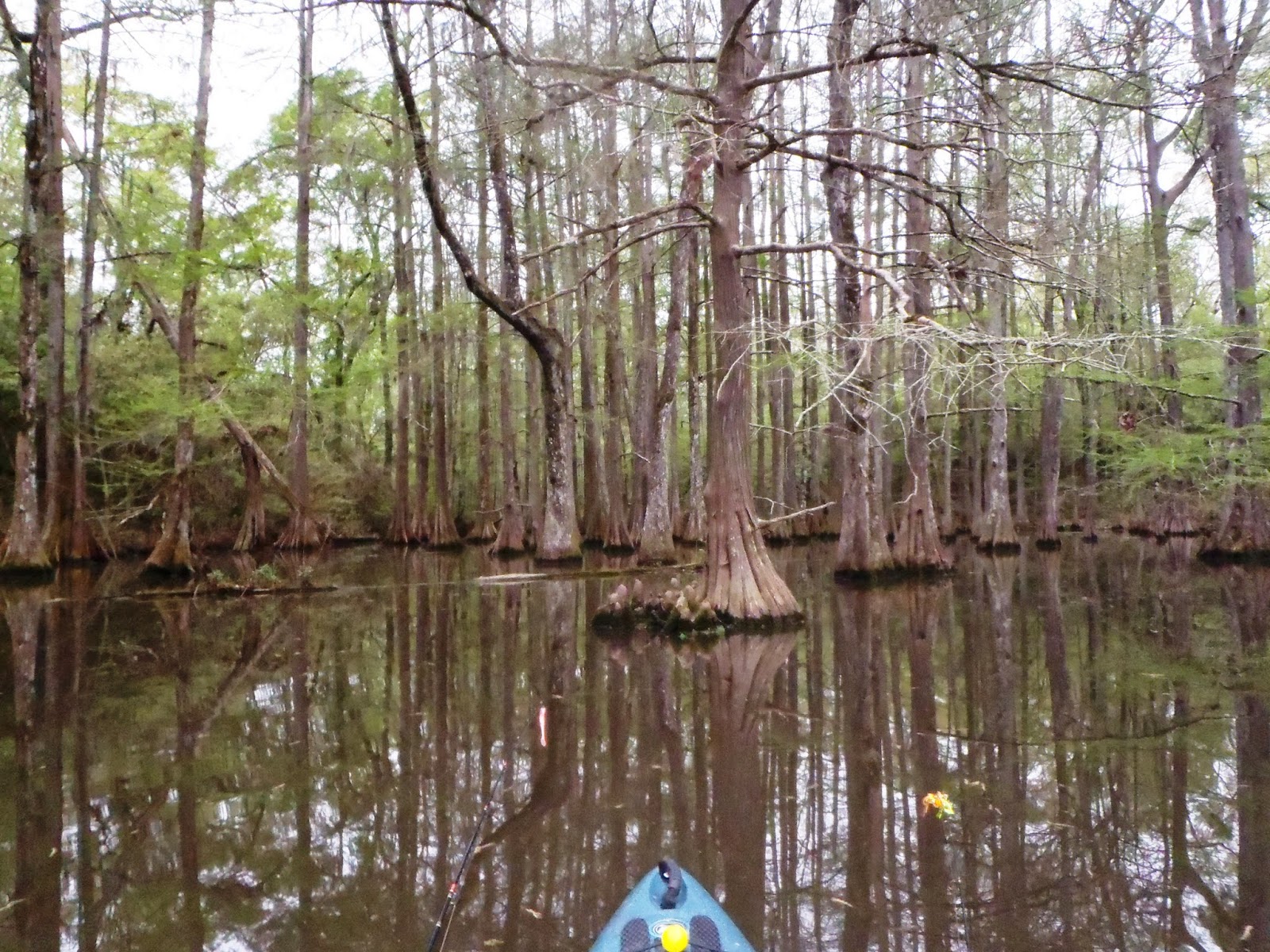 More great scenery, and then I looked down and my Nabi camera and mount just plopped over and looked like it was sinking!  Instinct kicked in and I reached over and tried to grab it - I was standing up.  And for the second year in a row (this time the day before the tournament) I'm in the water.

Good grief.  I'm desperately grabbing gear when I notice my front hatch is open and taking water.  So I have to let go of everything and save the boat.  Which I did.  Flip the boat over and catch my breath.  Then I start to dive.  First Dive - pole!  Second Dive two poles!  Only one more to go.  Third dive - towels.  Well save them too.  Three more dives - nothing.  Keep in mind I'm in at least 8 feet of alligator infested waters.  I'm getting tired.  I decide discretion is in order, and call off the search.  My Nabi camera mount; as it turned out, floats! (sigh)

I climb back in my boat (I'm getting far too much practice at this).  And take stock:  Lost - one pole (out of production and irreplaceable), one reel, brand new scale, reading glasses, pliers, scissors, and probably other items that I won't realize until I need them.

Day officially ruined.  OK I spend about 30 minutes trying to dredge up the pole but finally give up and head to the launch.   Time to check in clean up move one.  That's when the second bombshell of the day hits.  I had made a three way trade on my cabin.  I took someone's deluxe cabin and sold off my cabin.  Only I didn't read the dates right and I had the wrong reservations.  Instead of Friday and Saturday nights I had Thursday and Friday - we had already missed my first night, and my family was about to start their 2 1/2 hour drive up, with hopes of spending two days and two nights together, and enough supplies for a week!  The next hour was spent scrambling around desperately to figure out what to do.  There's three things you have to do in life when things go bad:  pray, talk to friends, get more information.  Finally I sorted it all out and realized we were just going to have to make the best of it, and enjoy the time we had.

So I planned to hang out with my family for one night, launch with the tournament, fish until 9 am, then go and take the kids for a paddle.  We had a great night exploring, eating dinner, and playing board games (Chicot State Park is a great place for family vacations).  I had some leg cramps but even that provided some family laughter.

Then I fished for a little the next morning, to no avail.  The only person in my area who caught fish was a guy with a cane pole - #humbled - too funny.

Back to the docks to greet an eager group of kids and make this whole mess completely worthwhile. 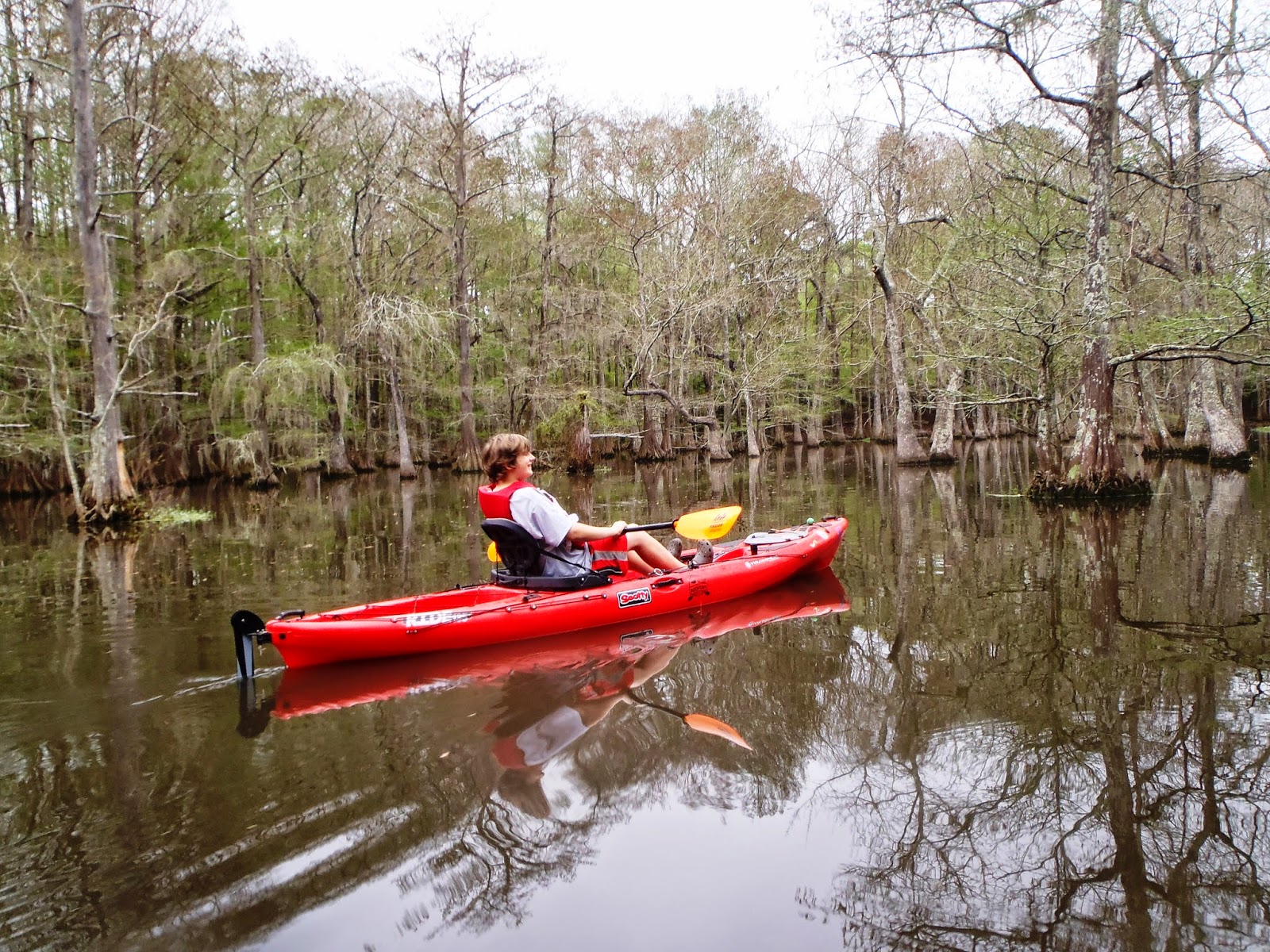 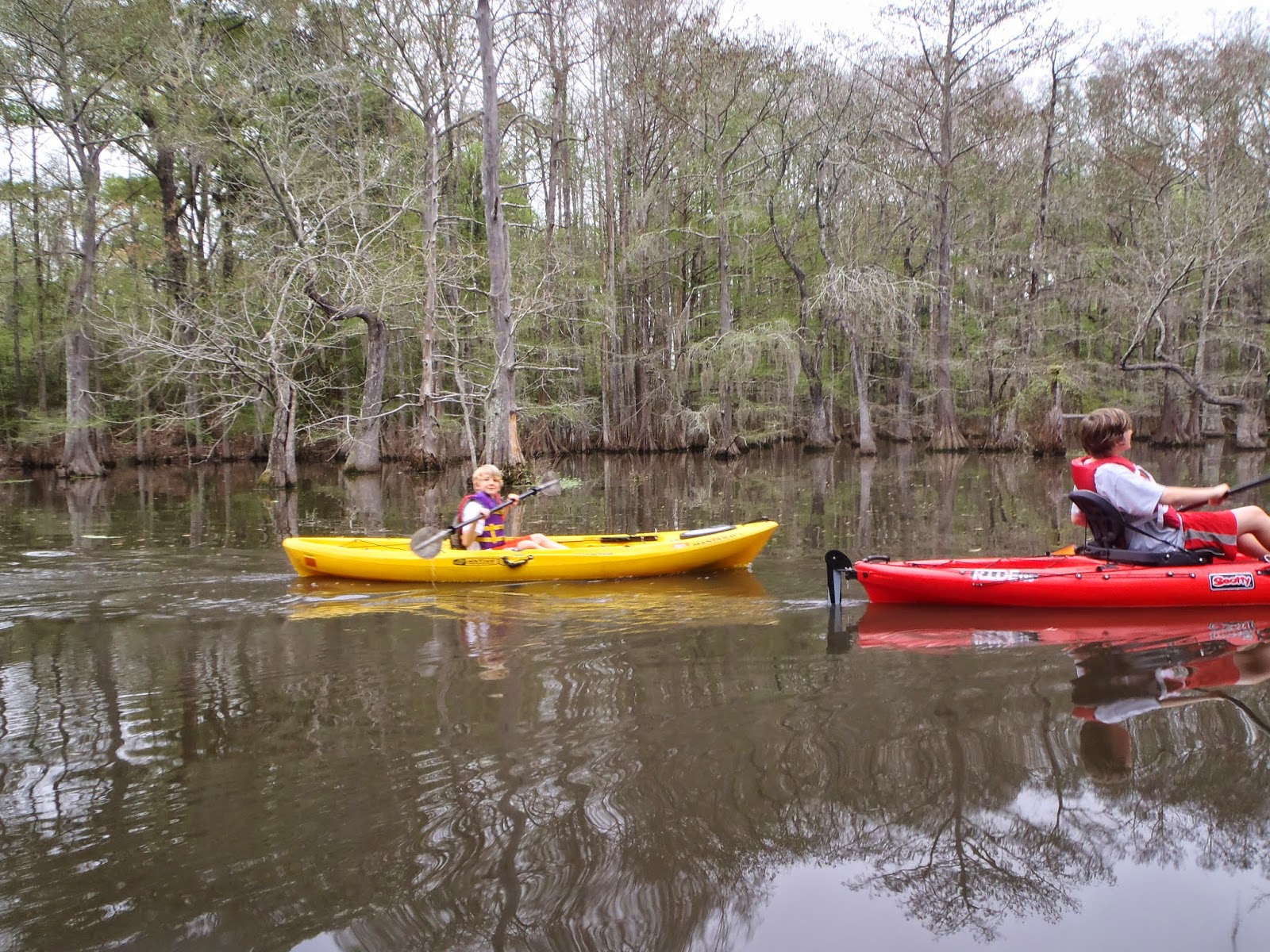 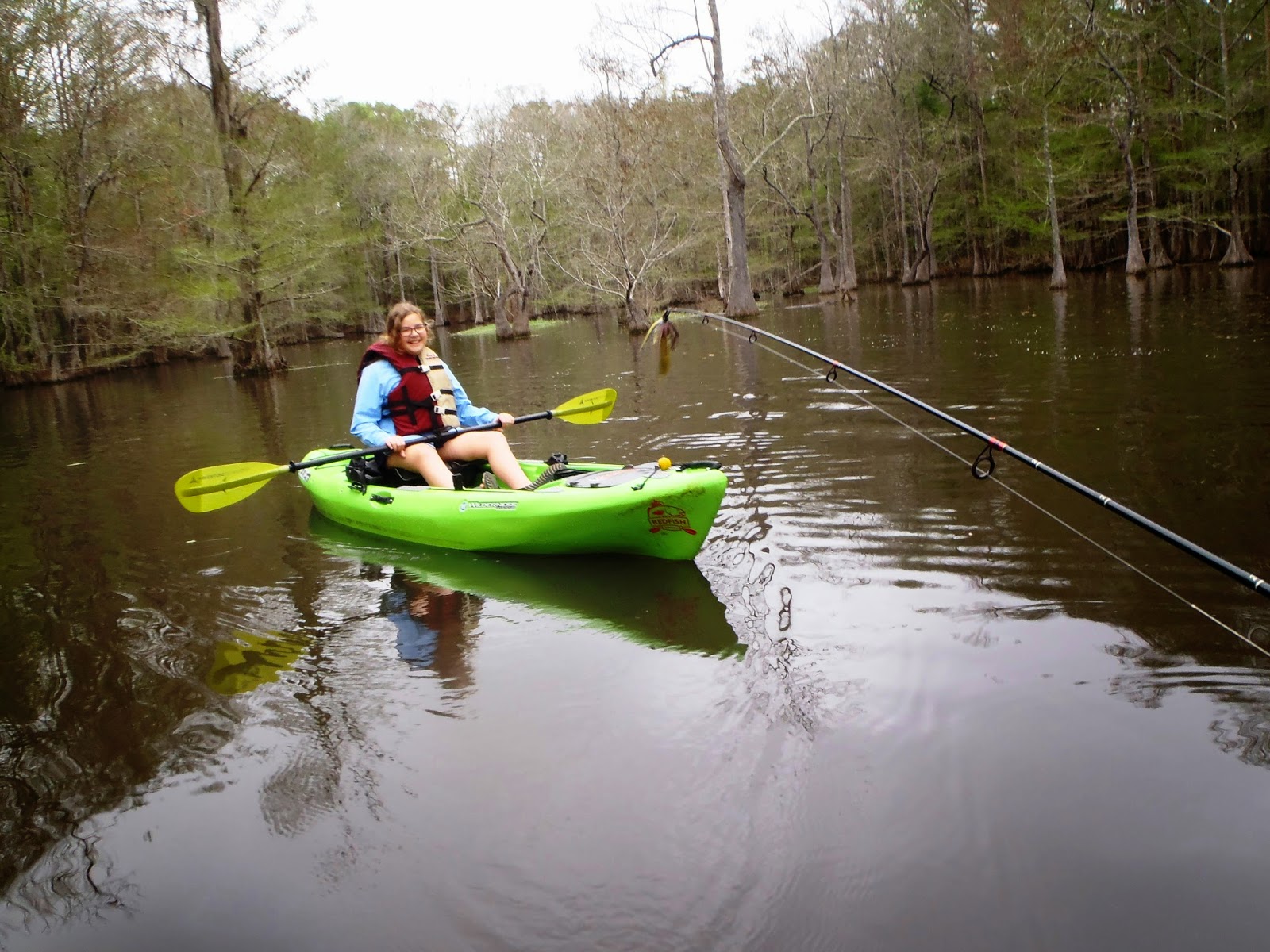 We had a blast paddling around.  I threw the lure a few times but not with much enthusiasm.  I was having too much fun hanging with the kids.

When we got back to the launch the plan was to load their kayaks and send them back to their mom and I would finish the tournament while they went home.

But you know what?  I was full.  I had just had a great time remembering that life is God first, Family second, and then everything else.  I had learned what I needed to learn, I had done what I needed to do and there was nothing else I wanted to do at Chicot Park that day.  We hit the road and wrapped up with what the kids will remember as one of the best trips ever.

You can go from Hero to Zero in the tournament in no time but the blessing of God, good friends, and family will sustain you in a broken world.  Enjoy the hints of God's glory knowing that one day this creation will be made new!
Peace to you!

Posted by Bill Crawford at 4:55 PM