Well today was an iffy day when it was still "yesterday".  Tides were "ehhh" and the wind forecast was "ughhh" but you know what sometimes you just have to go.  So I went out with two new Fishin' Buddies to Golden Meadow and we thought, "We'll make the best of it we can."  And we sure did.

First let me say that we began February with a team meeting of our Kayak Wars Team:  No-Prop-Lem and we were out to make "War" (even though I am a man of peace).  Let's just say I plan to crush the competition with Compassion and Mercy!  Kayak Wars is really bragging about fishing "Writ Large" with teams competing from all over the country.

We we got off to an epic start  Let me just get the quick and dirty - I caught over a dozen reds.  I missed a couple photos and then others were not Kayak Wars Worthy so here's the reds: 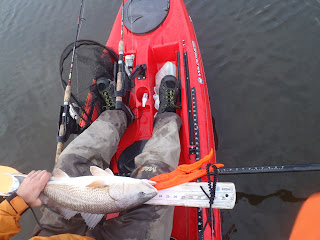 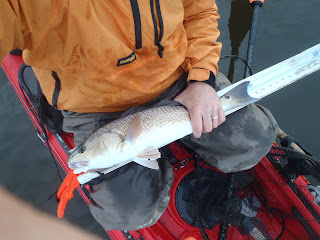 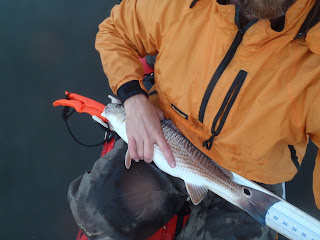 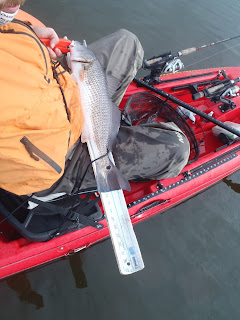 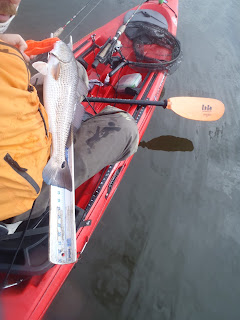 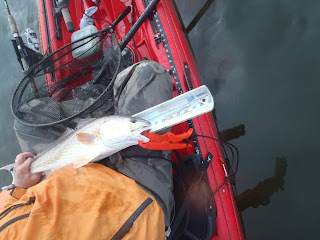 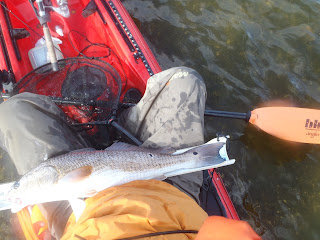 All of these but one were caught on what I will call the "Son of the Black Spoon of Death".  For years I have used the Nemire Black Spoon to slaughter redfish and it has earned the nickname "Black Spoon of Death" or BSOD locally.  But at 6-7 bucks and not locally it's a little much so I've begun taking my old Johnson Silver Minnows 1/8th oz spoons and sanding them down and powder coating them in black.  It's and awesome lure for reds.

Well the fishing buddies were struggling to finish there limits so I paddle out to a trout area nearby and started out with the same lure that caught my entire limit of trout last month:

Here it is for those who don't recall: 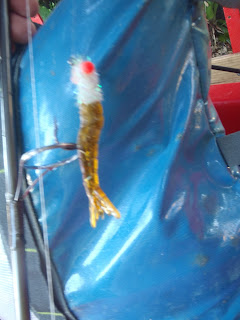 That's a Tiny Hiney rig by TTF and I caught my first ten trout on it but then I switched over to a Hackberry Hustler (also by TTF) and I chased the trout around my boat in a circle.  I would cast catch one or two, then move over a few degrees and catch one or two more.  I did this around the boat three times before I finished my limit around Noon. 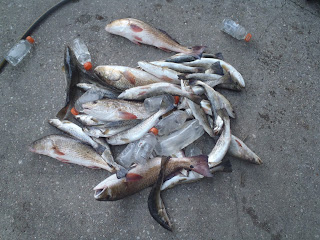 Not a bad mess of fish.  Grilled fish for us, two bags of trout in the freezer, plus two bags for the widows in the church and a bag of mixed bits for fish tacos.  A grand day and I am very grateful to the Lord for giving us a great day when the forecast was so ho-hum.

The fishing buddies did Ok  Number one caught 5 reds and two trout  (I think he was pretty happy with that total: 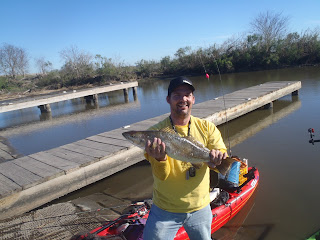 That's a hog trout right there and he's not stretching his arm out.  I think we measured it at 24 inches, we forgot to weigh it (I stink at guestimating Trout)  I'm saying 4.5lbs but that's only because I think it looks like 6lbs and I'm always wrong.  It was as big as many of my reds.

Fishing buddy two is in the dog house with only 3 reds.  He's got to make us some fish!  No pictures for him.

It was a great day with great company

And for comic relief here's some more of my fine camera work (or what I like to call "How not to photograph a fish): 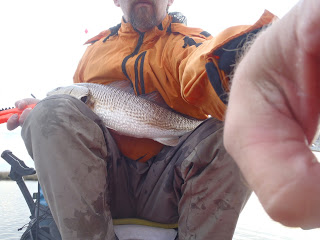 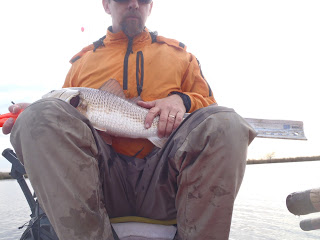 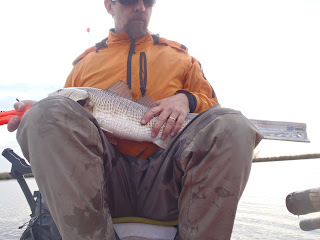 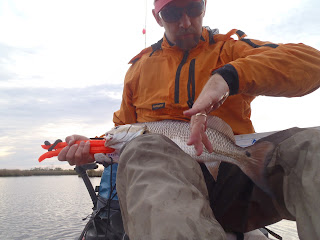 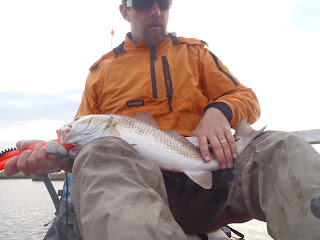 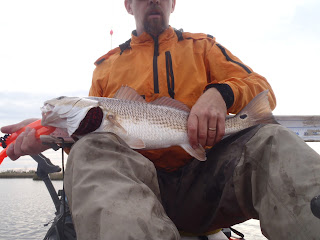 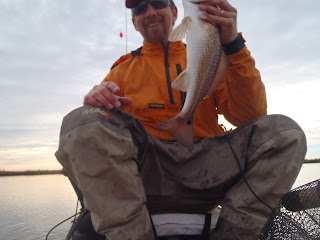 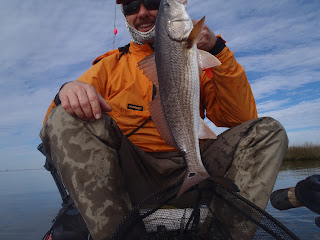 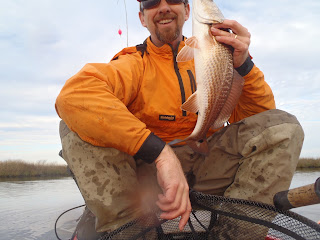 Posted by Bill Crawford at 9:22 PM