I'm going to break this into a two part series (at least) but welcome to the ATAK  by some measures "Kayak of the Year"!  I've been a little concerned about the hype "game changer" is a strong term to live up to.  So I've been a skeptic.  I'm still working through my final review so I will save that for later but as I looked at the platform up close and personal I started to get excited: 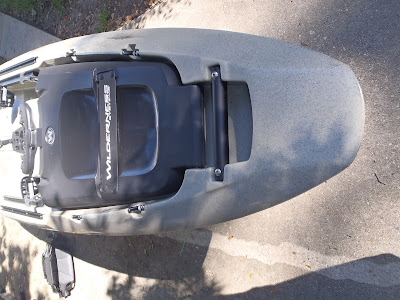 First the bow it's totally different than anything else out there - swept down instead of up to cut it's wind profile it's a radical difference.  The new hatch is very accessible.  Immediately I noticed that it didn't look very water proof.  That's why it has scuppers inside but it's dry enough for most days.  Considering the open cockpit and the easy access I might just use my hatch again. 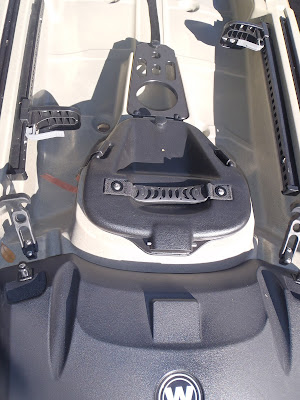 Console area.  cool features cup holder and slots for scissors and pliers.  I was initially very excited about this area.  Later I will talk about the disappointments.  The other factor is the game changer - a pedal drive is yet to come but it is in the design phase.  Can't wait! 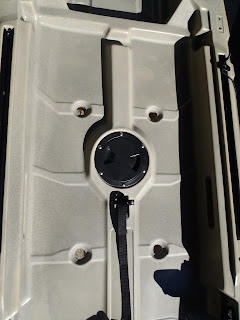 Cockpit is open and clean this little hatch can store wallet and keys but it's under the seat most of the time? Not sure of it's functionality just yet. 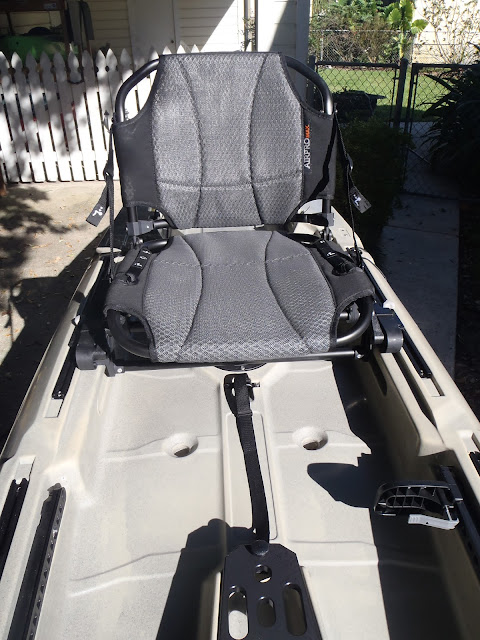 Air Max seat is becoming the standard of the industry coupled with other features of this boat it's a comfortable ride for sure. 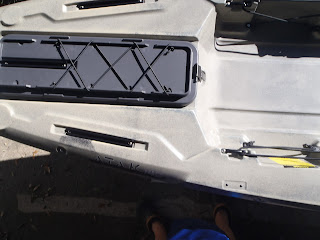 Not a good shot here but you can see the space for a crate behind the seat and the high access hatch in the back. Inside is a battery holder and two rod holders pretty neat for quick rigging.  Also are seen two of the six gear tracks on this boat it's incredibly ready to rig but more on that next post. 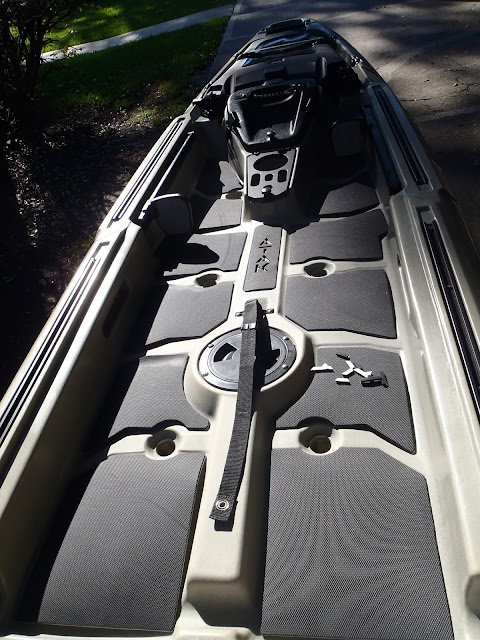 Wilderness Systems silent traction kit is an amazing included rigging item.  Look the seat and the silent traction kit are worth about $400 and all the build in rails and the heavy duty tie downs are all incredible values.  Many will balk at the price but this is a boat made to fish from.  It's a serious kayak!  Even the name tells you  Advanced Tactical Angling Kayak - ATAK it means business! 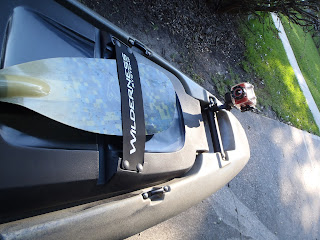 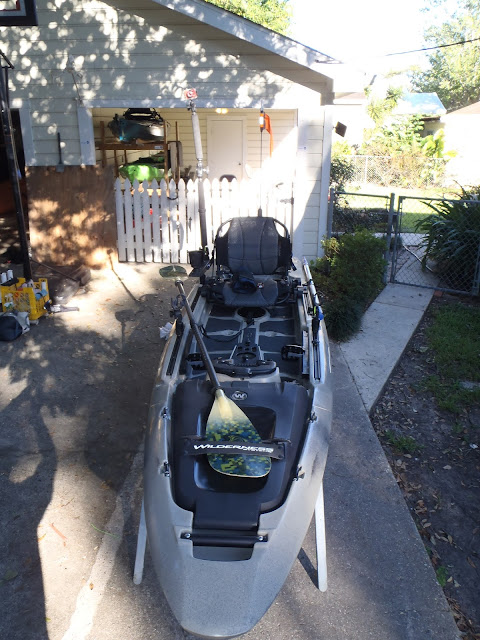 Fully rigged in 2 hours not a single hole drilled!  but more on that later right?

Posted by Bill Crawford at 6:26 PM